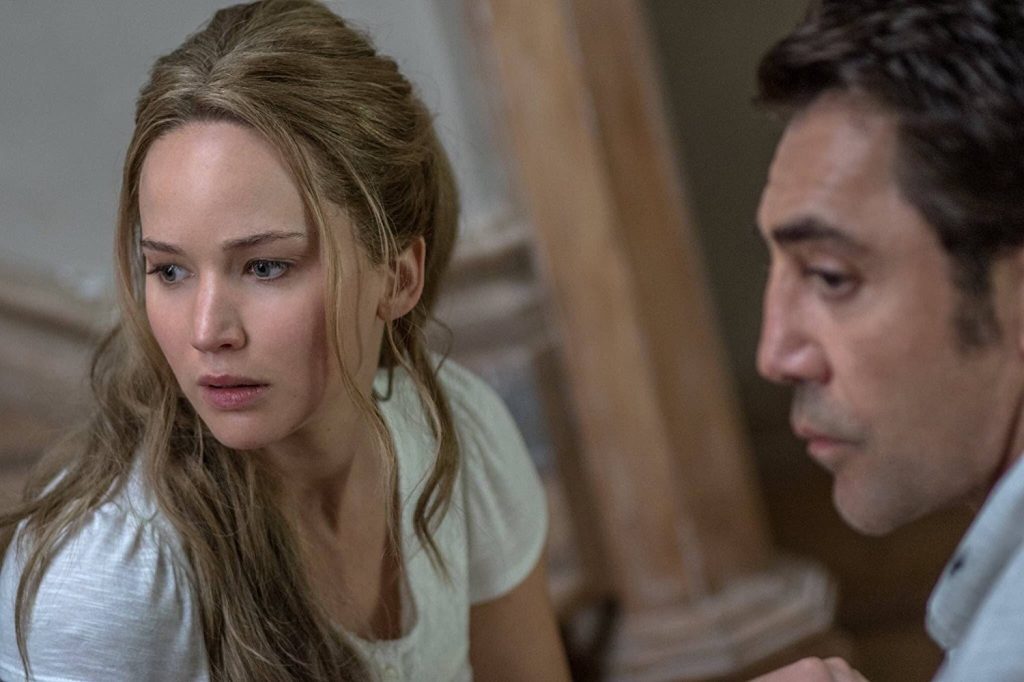 Aronofsky, director of Mother! (2017), has given us shocking and dark films with a message for many years now. I’ll never forget the jolt I got in Requiem for a Dream or the crazy, thoughtful feelings I had after watching The Fountain and The Wrestler. He is a master of imagery and developing a story through characters. This film is filled with a whole lot of acting talent. As I drove home from it, I found myself thinking of these characters. I wanted to interpret what the film was trying to say through them. I don’t know if this is Aronofsky’s best but it will be remembered as a puzzling nightmare that leaves so many deep relationship questions in the viewer’s mind.

There is a great cast here, actors that need to introduction or accolades mentioned, they are just that good. Javier Bardem, Jennifer Lawrence, Ed Harris, and Michelle Pfeiffer. None have names. They are referred to in short words like “Him.” It is being argued on the web that Him is an allegorical God who creates and destroys things. I have no doubt the director and writer may have meant such things but I am choosing to write a simple interpretation of this film. If you have not seen the film yet, please don’t read any further. Spoilers.

My simpler take on this film is that Bardem’s poetry is his fixation. If you ask my wife, she might say I have a fixation with my blog and podcasts. I am either working on them or watching movies virtually all the time. We all have hobbies and pastimes that threaten our time with our significant other. I think Mother is examining those. Would we give them up for our spouse? Should we be asked to? These are the most thick pieces of material I got from the film. To make this point, things go berzerk! Let me say that again: things go berzerk. I’ve never seen a naked woman beat up so brutally. Let’s not even get into the breaking and eating of the newborn son. Notwithstanding the revelations of Jennifer Lawrence and the director, who incidentally are now dating, I like to think of this film as simply an unsatisfied couple: the wife lonely for more attention and the husband lusting for fame. The pain that can come from this is revealed as the massive crowds that appear and do so much damage to the house. Any way you look at it, this film is masterfully made and highly entertaining. Because it is so vague however and the fact that it may be biblical, I am turned off by that possibiity. 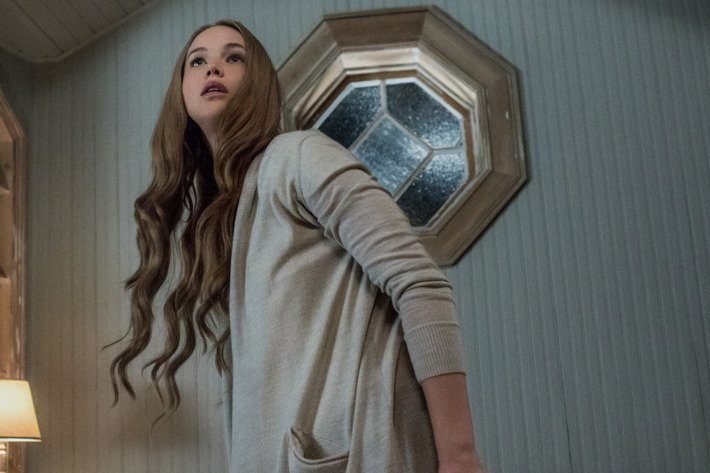 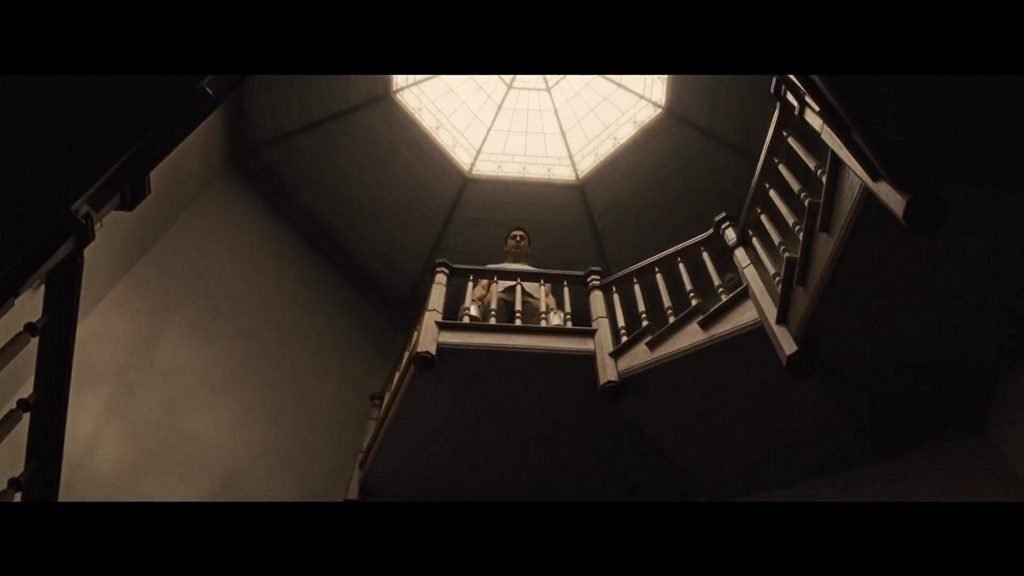