Hello, My Name is Doris is a dramedy about a sixty-something named Doris who gets a crush on her co-worker who is at least 20 years younger. She also has just experienced the death of her mother wh she has taken care of for years. This leaves her with time to fantasize and re-examine her hoarding issues she developed while being a caretaker.For the most part, this is a lighthearded film but there are times when the subject matter grows dark. It sets out to be
“sing-song” so I can’t fault it for being that way most the way through. It does tackle some serious issues and I respect the wrters for that.

Tyne Daly plays Doris’ friend which adds a lot to the film. We should all be so lucky to have such a friend at that time in our lives when the sun is starting to set. If you do see this film, and I do recommend it, I hope you enjoy the ending scene as much as I did. It is truly a creative approach to an ending and it’s done in the space of just a minute or so. 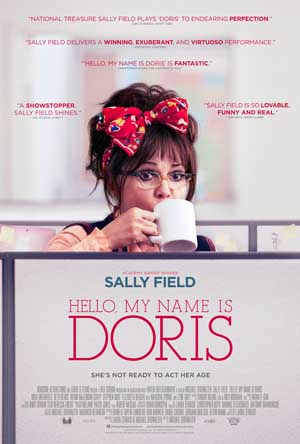