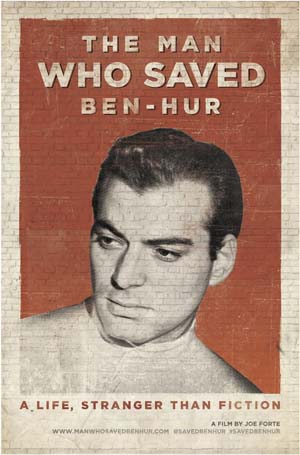 I had a chance to see this film and I must tell you it moved me very deeply. It’s a difficult subject, growing old, but one each of us must face it sooner or later. The “wake-up-call” of this film is that we are all mortal. Questions like, “Who will care about me when I’m old?” resonate throughout the film like pebbles on a lake create ripples. It sticks with you. Because it’s not necessarily about Ben-Hur and rather about the golden age of Hollywood and a man who had a part in making many movies including Ben-Hur, I’m linking to a preview on the movie’s official website. There is also a treasure-trove of never before seen memorabilia, photos, and footage on their site’s page here. 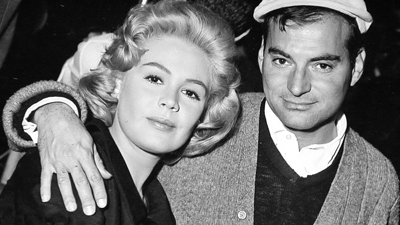 Here’s how I saw it: A man who worked in the golden age of Hollywood as an actor, singer, and director looks back on his life with his younger film-making 2nd cousin, Joe Forte. He reminisces and shares a lot of memorabilia he has accumulated through the years. There is a story he tells about how he, in essence, saved Ben-Hur when it was at a weak point but the main idea of the movie is not that, it’s about the impending sunset on all of our lives. This makes for a highly emotional, though at times “hand-held cam, slow-paced” film. It would be a great movie to see with a loved one and then get coffee after to talk about this highly taboo topic. What will become of us when the curtains of our lives close?

I think we all need to consider what worth our lives have.  My only criticism of this film is its title, I feel people will miss the point. It’s a film about aging gracefully and about the hard truths that go along with that. The Ben-Hur moments are few and far bewtween. Still, that is his calling card and legend if-you-will, so in that way, it makes a little more sense. At any rate, that’s the reason it lost a star with me. The other 4/5 I mean sincerely, this is a fine film on an important subject. 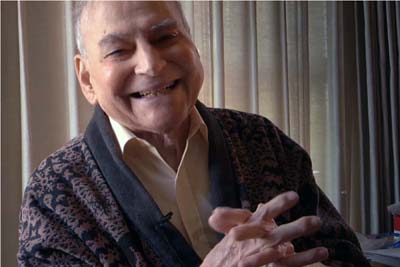 Even a huge film like Ben-Hur needed real people to make it work. But what happens when the director goes home and the actors are left to go to doctor appointments and such, try to make peace with old age? This film takes us soberly down that path. The memorabilia shown throughout the film along with stories from the golden age of Hollywood make it enjoyable. Other than that it is a theme as important as it is difficult to think about. The memorabilia and stories from this man ease the hard truth of aging. He brings the audience awareness of the past and the present which is priceless if we’re hoping to live in the now. I recommend this one. Here are some more photos from the film:

There are many ways to see this film. They are linked on the film’s official website: Watch & Purchase.

Explore more about the film through its website and social media: