My score: 6/10. Now streaming on Amazon Prime. 90’s horror had a certain look about it that continued into the 00’s. IN this we see Kerr Smith pop up and in between the blood and gore, there’s an air of Dawson’s Creek that can’t be shaken. But this aint no creek, we’re in a mine now and there a killer loose. 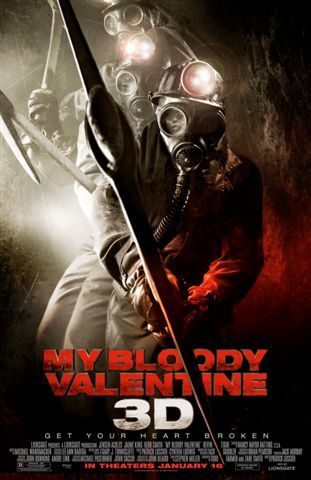 Tom returns to his hometown on the tenth anniversary of the Valentine’s night massacre that claimed the lives of 22 people. Instead of a homecoming, Tom finds himself suspected of committing the murders, and it seems like his old flame is the only one that believes he’s innocent.
Director: Patrick Lussier
Writers: Todd Farmer (screenplay), Zane Smith (screenplay) | 2 more credits »
Stars: Jensen Ackles, Jaime King, Kerr Smith

Pros: A lot of action and blood. There is some nudity and scenes that are no holds barred. The brutality is fun and for a horror movie, I feel like you get your money’s worth.

Cons: The story is weak and the characters are very developed. It’s quite formulaic borrowing from all the slasher classics. There is n deep creepiness, more just slice and dice. Watches like a Buffy the Vampire Slayer et. al.

I enjoyed this one but wouldn’t recommend it as scary or interesting, just slasher fun. 6/10.