I think viewers will find there isn’t much more that Rob can say. His girlfriend has come back from the dead to haunt him and his new love interest every time they have sex. 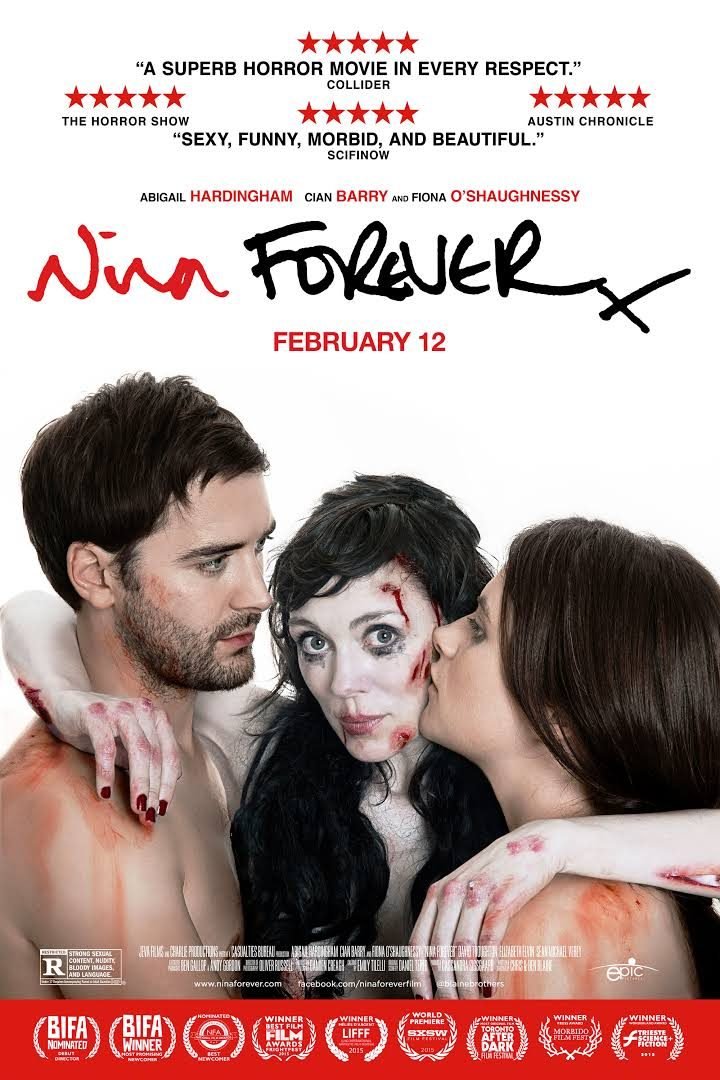 The film is a surprising triumph as a horror movie. I didn’t detect much romance. The black humor is such that we’ve never seen but you find remnants of it in “American Werewolf in London,” “Reanimator” and other campy horror extant. There is a lot of nudity but it’s hard to find it sexual given the subject matter. I kept asking myself, “What is really being said here?”

For me it worked on one level as that nagging depression one feels after a breakup or even after a romantic lover has died. Thankfully for me, I haven’t had to experience the latter. Rob has. He even unsuccessfully tries to commit suicide to escape his sadness. Nine is never going to let him forget her, or so it seems.

I like the tone of this film, both somber and scary with a bit of sarcastic humor thrown in. It’s blood along with sexual content is woven into a really great horror movie. I kept wondering what would happen next. For me that’s the sign of a great “any genre” movie. This one didn’t make me jump out of my seat but I liked being out of control, watching how far the movie would venture out beyond what we’ve seen before. There is a twist I didn’t see coming, nothing earth shattering but I applaud the writers for it.

I’ll look for more for this directing duo in the future. I did feel it got a little repetitive toward the final 1/4 of the film. We’d see the events go in a circle enough and it could have ended about 2-40 minutes earlier ad I would have been content. I think they fell victim to thinking their quirky idea was so innovative it would carry a movie of 1h 38min. For me, I wanted another smaller idea to break things up. Unfortunately, it dragged toward the end for me so it lost a star. For horror fans, this is a MUST SEE! I recommend.