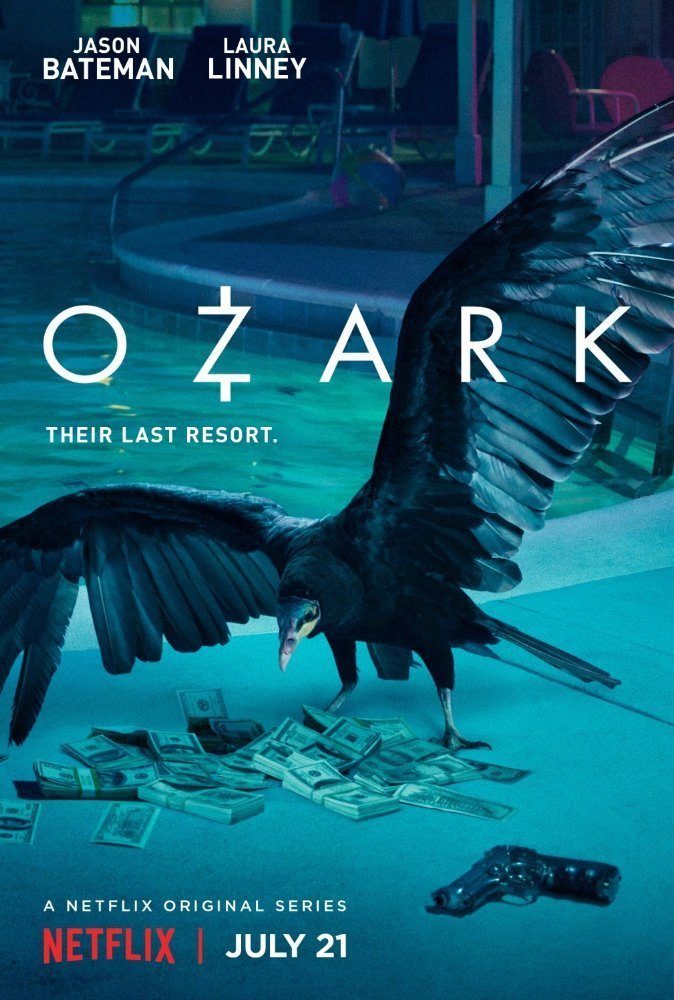 This is a show that is obviously trying to make a cash cow like Breaking Bad. As long as you’re ok with that, and I am, you can have a good time watching this film. It has the drug kingpin, the disenfranchised investment broker, the disinterested wife, and the expensive taste kids who mean no harm but are always extra weight in tow.

It has the underbelly exposed of a vacation town where the broker is forced to clean money in order to save his life as well as his family’s. Jason Bateman is pretty good in this. I can’t say it has help my interest up until the end of season one. I have two more episodes to go. I heave read it is renewed for a second season in 2018. Will you be tuning in? I’ll probably be looking for older tv and film that qualifies for my “weird” tag. There isn’t anything weird about Ozark, it’s been done before. Still, it’s not bad for a bige watch background show if you’re working on your laptop.