This Christmas horror is better than it seems and evolves to be more than you’d expect. 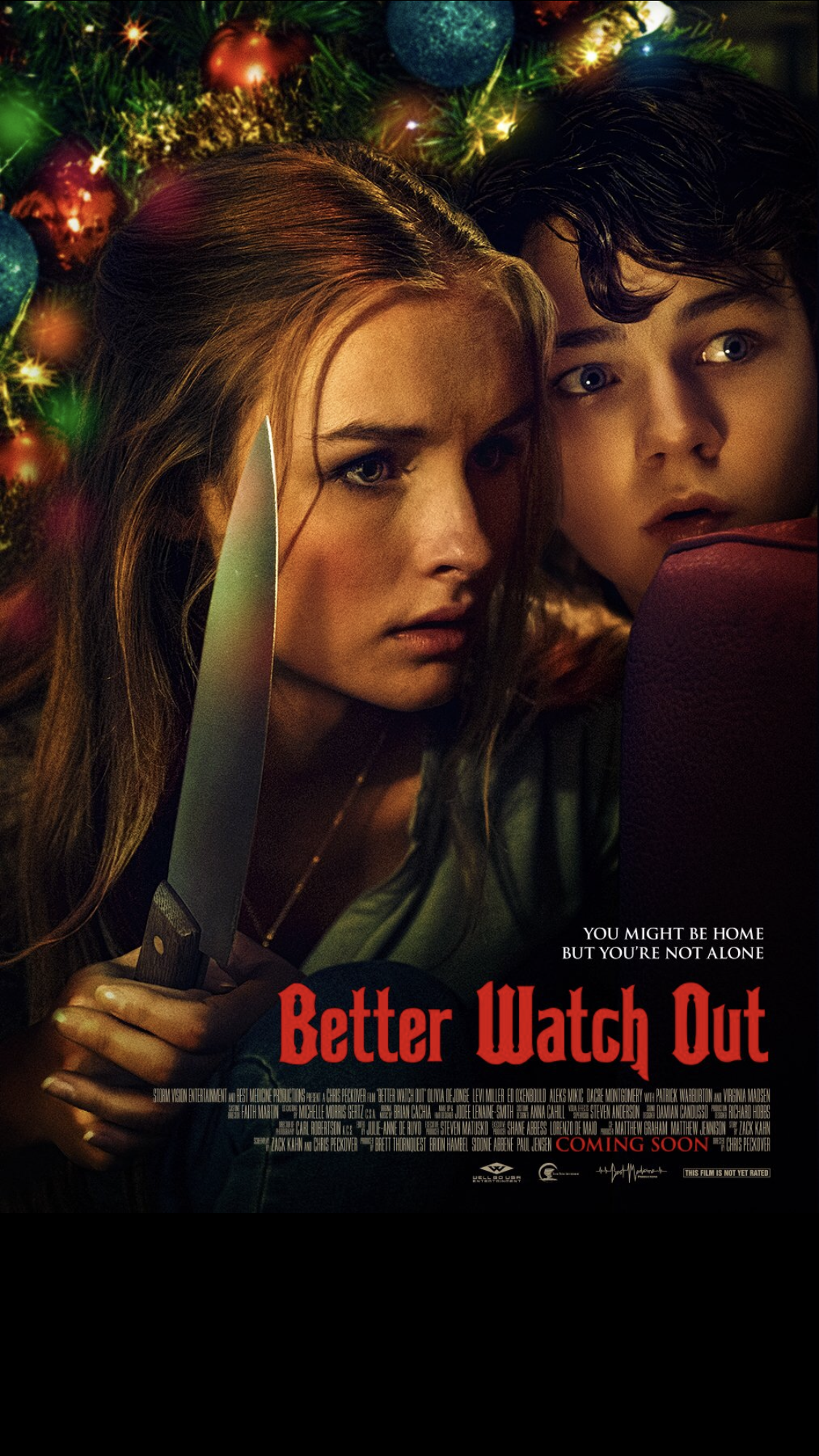 This director, Chris Peckover, has only one other film on record and it’s called “Undocumented.” In this case the quality of his film is in paradox to his small resume. If this film is any indicator of his ability, we should watch his future work closely.

The acting is also quite good. The lead is frightening and innocent at the same time. You might see some nods to Home Alone here if you look for them but I felt this film was full fledged horror.

If these aspects sound good to you, check it out!

Better Watch Out (2016)
R | 89 min | Horror, Thriller
On a quiet suburban street, a babysitter must defend a twelve-year-old boy from intruders, only to discover it’s far from a normal home invasion.

I’ll be appearing as a guest on the LAMBcast as part of a panel discussing “Films That Scared Us.” I thought it would be fun, as I’m preparing for that, to write a post about 10 films that scared me through the years. 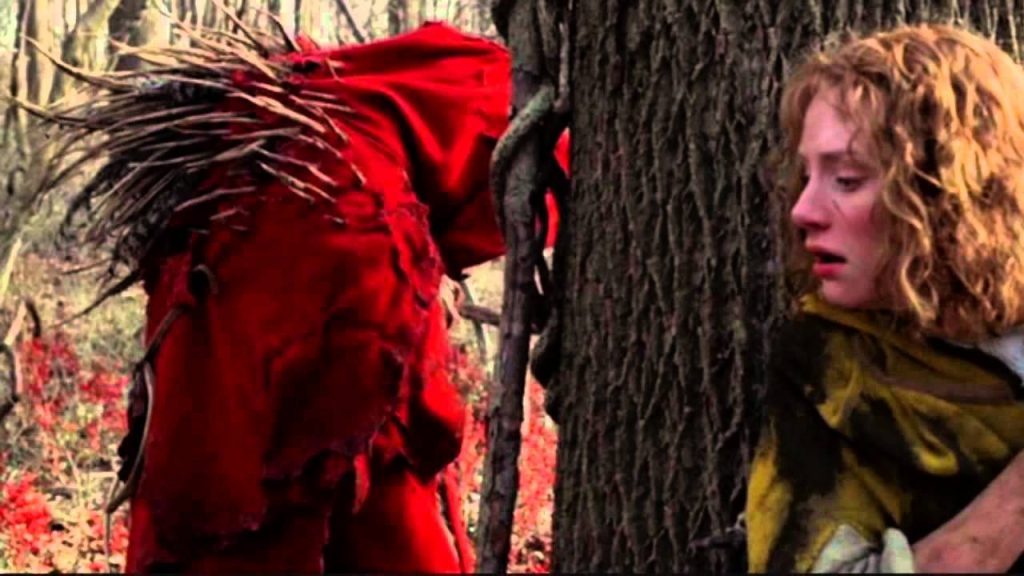 I also think it’s fitting since we are on the doorstep of Halloween. I’ve given 2 categories of scary: 1. Scary Films that are totally creepy in their totality or in a general way and 2. Scary film moments.

2. Scary film moments
The Village – “Creatures that we don’t speak of” walk by.


The Other – Pitchfork jump.


The Silence of the Lambs – Hannibal’s Escape


The names are big and the effects are great. Still, Deepwater Horizon felt too much like a made-for-tv movie with a destination of a Wal-Mart patriotic bin. It was rated highest on RT of all the movies currently in my theaters. So, I took a chance. 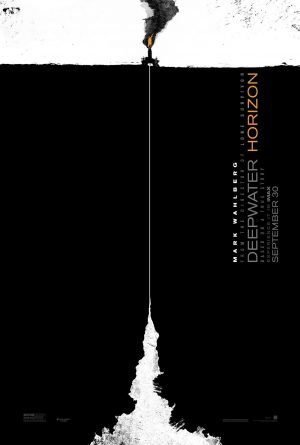 I learned terms I never knew before tonight. Inlets, outlets, relief valves, and the like. I also learned there are oil tankers that remain somewhat stationary and pump loads of black oil from the ocean floor. This movie chronicles the events of the largest oil spill in US history.

I thought the big actors in this were slumming. The story could have been told with first time actors. In fact, I think it was distracting from the patriotic homage played to the 11 who lost their lives. Kurt Russell, for example, should be in films like Bone Tomahawk, not this oil spill tale. Probably the most miscast in this “God Bless America” film is John Malkovich. He needs to be playing psychos, not asshole business diplomats.

Kate Hudson looks great in this but in truth only has a small role. The trailer is misleading that way. The director tried so hard here to make you love these characters that it takes away from the story. I don’t need to see how much they are buddy buddy. I want to see how the disaster went down and then a measure of footage of how it affected wildlife. There is nothing but a few minutes shown of a dying pelican. Those of us who lived through this remember the Time magazine cover photos of so many animal covered in tar, dying needlessly.

In conclusion, I would recommend this film to patriotic Americans who get all excited about DVD’s in Wal-Mart bins. There’s nothing avant garde experimental, or risky here. The credits show all eleven of the fallen “BP employees” or BP by proxy I should say. Personally, I don’t see what makes them heroes. I respect their family’s losses but they aren’t military, they are supplying wholesale oil to BP. It’s an exciting film but I would have rather seen Girl on a Train that was rated by RT much lower. I could recommend you see it with a medium rating or I could tell you to wait until you see it in a patriotic CD bin at your local Wal-Mart for 20 bucks. I could be going overboard here, your thoughts?

Nine Lives is a Disney-like film that reminded me a bit of Beverly Hills Chihuahua. Since I review movies quite a bit, I pay attention to the critics. Since they were not kind to this film, I let it leave theaters. My 9-year-old daughter asked me to watch it with her tonight and I was amazed at how funny and well-made it was. This is another reminder to not trust the critics. 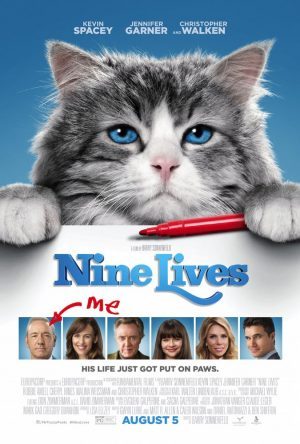 The cat they got to play in this film is great. He’s very fluffy which makes you want to hug him. Unfortunately, I could never have a cat that hairy because it sheds and makes my nose itch. But this cat does great on the screen. I had feared there wouldn’t be enough cat stuff for my daughter after reading the premise of the film. I’m happy to say there is enough cat-on-screen time to satisfy the kids’ curiosity.

Christopher Walken is great in this, though he plays nearly the same role as he plays in Adam Sandler’s Click. There are a couple of scenes where he says things that are downright spooky. They aren’t spooky like a horror movie but rather like Goosebumps spooky. Jennifer Gardner is beautiful and does a great job as the wife and mom. Kevin Spacey is hilarious as a “Trump-like” business mogul who doesn’t spend enough time with his family.

After demonstrating to the audience he is an egomaniacal workaholic, Kevin Spacey’s character stops by a creepy cat store in a last-ditch effort to buy his daughter a cat for her birthday. The shop owner, Walken, puts a mystical spell on Spacey that later switches him into the cat’s body and vice versa. Through a course of events, the family and Spacey learn about themselves and it’s a hilarious ride as they go.

This is not a perfect film by any means. The jokes are all canned and it needs cat jokes and cat images often to keep it palatable. My 9-year-old laughed all the way through so that says a lot for its appeal to young kids. I thought it was cute and it gave me a chance to laugh with my daughter and enjoy some funny cat scenes. They indeed are the best part of the film. I recommend this one for parents to see with their 5-12 year olds as a light bonding movie where everyone can relax and have a laugh. I think the critics were way too hard on this one.

Snowy or rainy days are moody and great to stay home curled up with a coffee, hot chocolate, or beverage of your choice watching films. What I just wrote is an example of “setting” and it works powerfully in Super Dark Times. The question I will answer in this review is: “Does it work well enough?”

Teenagers Zach and Josh have been best friends their whole lives, but when a gruesome accident leads to a cover-up, the secret drives a wedge between them and propels them down a rabbit hole of escalating paranoia and violence.
Director: Kevin Phillips
Writers: Ben Collins (co-writer), Luke Piotrowski (co-writer)
Stars: Owen Campbell, Charlie Tahan, Elizabeth Cappuccino

In preparing for this review I watched and reviewed Mean Creek with Josh Peck in a surprisingly good serious role. Someone said they were similar movies. I actually think the Peck film is better because it doesn’t play tricks on you, it just “is what it is.” The third act of Super Dark Times has some plot and character issues. So much in fact that I started losing interest. I rarely lose interest in 3rd acts. The lame at best, predictable at worst ending is satisfying enough but I felt let down by this film.

Kevin Phillips is a new director and I applaud him for the moody New England look of the film. After that, I thought all the males were substandard for the movie and they really brought it down. The females did great acting work and helped make the situations believable. Screaming, bleeding, and breaking things are really the only parts of this film that flesh out these characters. I truly enjoy mood and cinematography in a film but it should go in concert with a simple story that plays out, credits to credits rather than one that makes you work until you literally get a headache. All the cool photography in the world can’t compete with ibuprofen there. It had some good parts, and I look forward to what Kevin Phillips does in the coming years. This one didn’t do it for me.

This is a really cool tv series on HBO. The executive producers are stars in the first series: Matthew McConaughey and Woody Harrelson. They are famous dudes who had a common vision. They present the “real” side of detective work, the kind that takes its toll on the cops doing it. 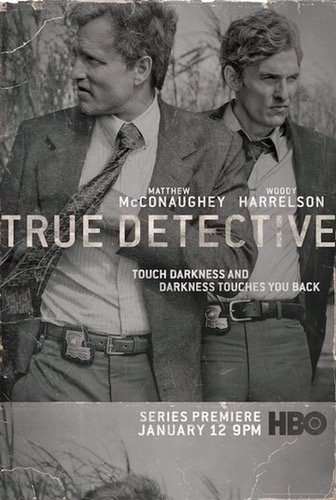 Though it starts rather slow, once you get the idea that they’re flashing back to what has happened, the slow interviews make sense.

Two detectives are on the prowl for a killer who is obsessed with the occult. There is a matter of leaving antlers on a naked woman who’s been killed in a sacrificial way. This image permeates the entire first season, which is the ony one I have yet seen.

As the cops slowly deteriorate as individuals, they continue chasing down this killer, even after a decade and more go by. One detective has lost his wife and child to a murderer, another likes to cheat on his wife “for the good of his family.” He claims the job requires it since He gets so depressed from chasing murder all day. Hmm.

The last episode is great. We finally get some closure but that doesn’t really feel like completion. I’m looking forward to watching the next season which will feature Vince Vaughn and Colin Farrell. In conclusion, I recommend this HBO show for a binge watch or otherwise because it’s really well scripted, filmed, and overall well-made. If you can get through the first three episodes and get hooked, you’ll be addicted to the end.

Luke Cage is the latest output from Marvel. I just started watching the early epsiodes on Netflix. The show has it all: a tough, relatable hero, villains, a few attractive love interests, and a superpower that will be hard to beat throughout the show. It may be considered different in that Cage is black but I find the immersion in his small Harlem community entertaining and enlightening. How many seasons will it power out? Time will tell. 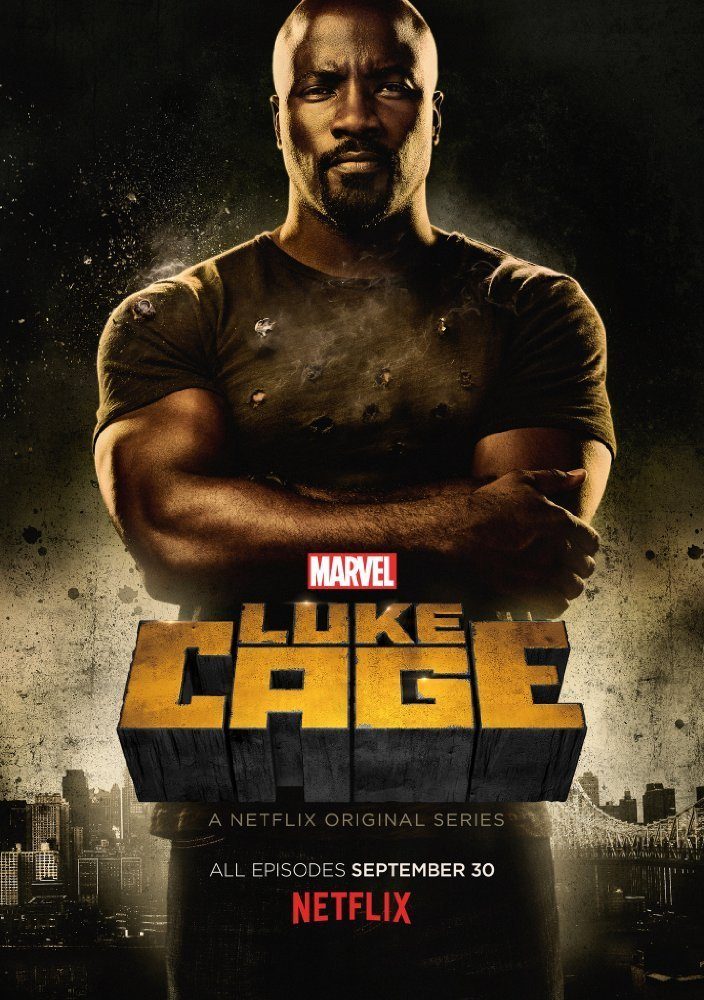 Cage is a hangdog dishwasher trying to make ends meet with two jobs. He lives alone in a small apartment and gets chased down by the little old landlady. I think they are trying to show us a good-hearted guy, humble, and trying not to use his superpowers. He hangs out at a barbershop and gets to know “Pops,” the owner quite well. In fact, he is like a father figure to Cage. There is another surrogate son in the picture, he’s the mafia leader running an organized crime ring in the city. I have a feeling there will be a lot of friction between these two. It could perhaps resemble a Lex Luthor/Clark Kent rivalry.

Cage’s superpower appears to simply be indestructibility. He gets stabbed and knives break, shot and bullets fly off. It doesn’t appear he has a weakness yet, I am only on e3. I find it a highly entertaining show. I recommend it for anyone who likes Marvel superheroes or thriller tv.