It’s easy to judge young men who hang out at skateboard parks. “Get a job” we like to say and we look at them as children afraid to grow up, many times. But what about murder? The tragically hip youth of the millennials and Generation Y’s must come under scrutiny and judgement when murder is committed, mustn’t they? 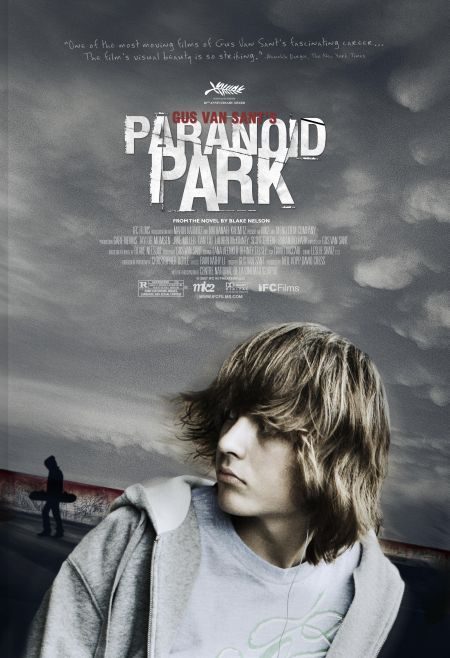 Gus Van Sant (“Good Will Hunting”) is our director here and he is doing what he is great at: simply showing us an average day-in-the-life of his protagonist. When he picks up his skateboard to take with him on his journey, we are taken with him. We follow him, taking notes in this mystery. As the detective starts to unravel the facts, you may guess who the killer is before anyone in the room. Or, you may just postpone your judgement, waiting to see some hint of emotion in the protagonist’s eyes that will reveal it for you. You’ll be waiting forever.

This young man is cold and not innocent. There is something about him I hate in myself: laziness and indifference. If you find yourself cheering for him, I would question why. The final act serves to seal the deal of what I am trying to say about him. In the end we are left with the question of how should we view such a person and are we all like him in some way, a way we must avoid? This was an engaging film. I don’t think I’d recommend it in a huge way but it has an amazing director and the characters are certainly developed, when they’re supposed to be. I gave this one an 8/10 for the interested crowd.