My Rating: 2/10 – Space has been called “the final frontier” but what good is space to an explorer all by his lonesome? That’s what we have with Chris Pratt’s character: a lonely man living out a full year knowing no one is there to spend time with him much less save him. That’s what we begin with, what ends is the opposite. 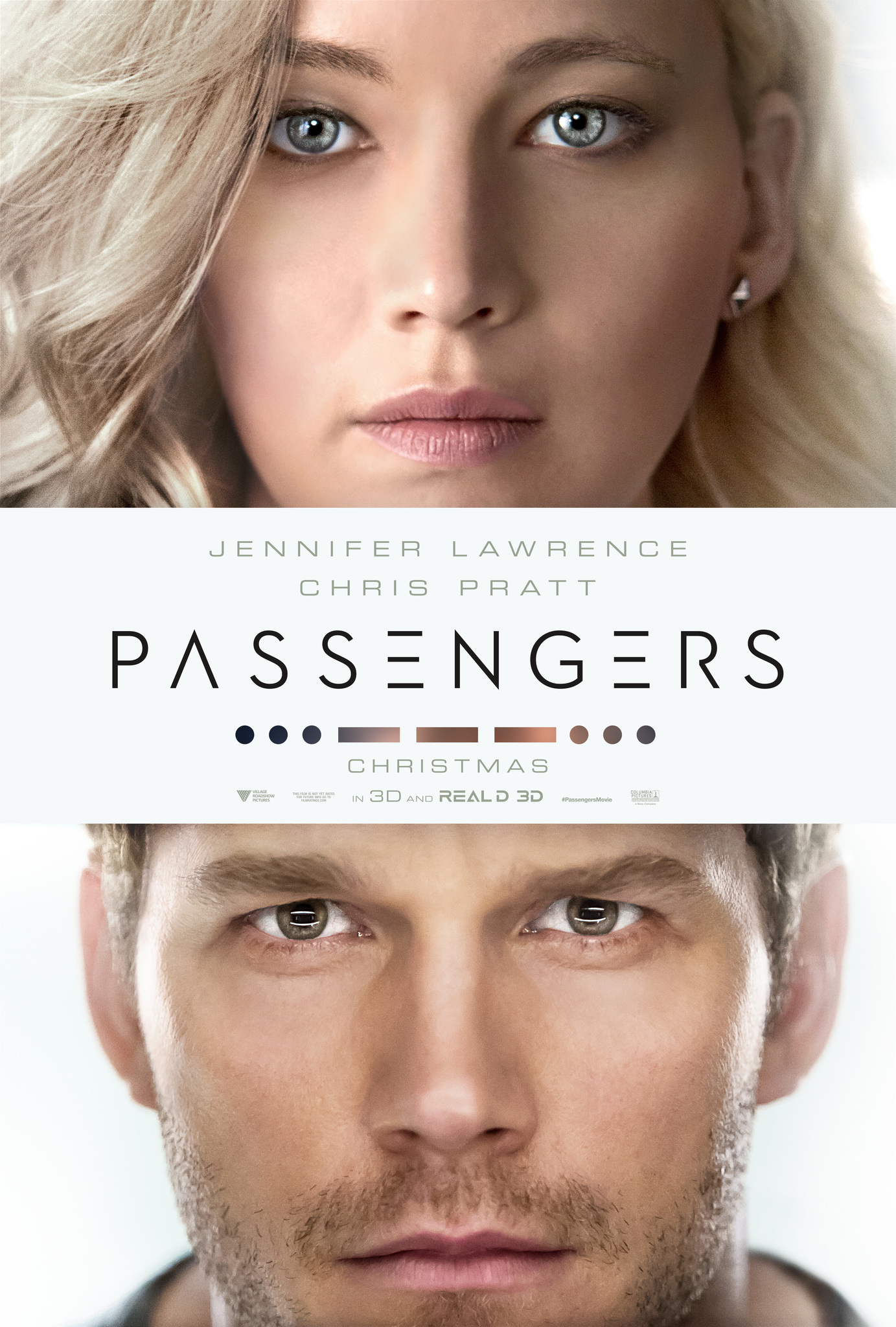 “A spacecraft traveling to a distant colony planet and transporting thousands of people has a malfunction in its sleep chambers. As a result, two passengers are awakened 90 years early.” -IMDB

Director Morten Tyldum, The Imitation Game, Headhunters, provides us with some truly incredible sets. When the doors swish open, they are indeed metal and laden with decor that looks like an Alien ship or even Star Wars one. In fact, this film must have spent most its budget on sets and cgi. It’s truly breathtaking. Unfortunately, the amazing look of this film is in direct contrast to its unaffecting story. I wonder is even the best directing can make a bad story interesting.

Jennifer Lawrence and Chris Pratt need no defense. They are both stellar in what they do and they do an ok job here again, bearing through this awful script and concept. I must note that Lawrence Fishburne is in it too, but just for about 2 scenes that are only partially worth it to the plot. I felt it was a waste of such an amazing actor to have him in this miniscule, needless role.

The story is this: A man is part of a colonizing group that are all asleep in hibernation for 1,000’s of years. He wakes up to find he is alone on a spaceship with all these sleeping people. He wakes a woman up to have a partner and when she finds out she may never make it to the promised land, she mas mixed emotions. The ending shows us what the author think her final resolve would be.

FINAL THOUGHTS
This is a shiny, good looking sci-fi film. Unfortunately it relies too heavily on a simple premise that fails to become interesting even when beaten into the audience’s collective head over ad over again throughout the long middle of the film. The beginning was interesting, it drew me in. The ending was at least a resolution, which not all films have of course, but I do not know how the writer could have come to this conclusion. I was not moved. If you believe you were murdered, would you forgive that person? This is the premise and my response is “who cares, you’re dead.”