The story of a police officer with a trick knee is the centerpiece of this much larger tale about the Boston Marathon Bombings. It’s a fitting focal point because he’s a larger than life star and it helps us scan through this horrific event. 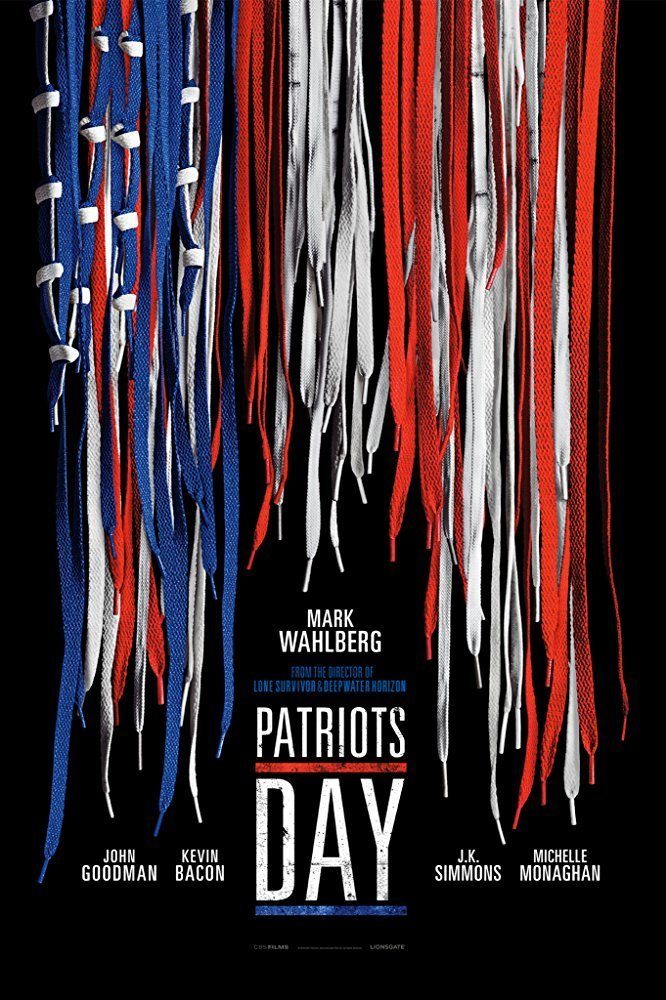 If you don’t have characters and their personal stories to see the story through, it’s less a movie and more a documentary. This film does a good job in its script of showing the day’s events through the story of Wahlberg’s character. True story films really come alive when they use this method. This one is done very well and keeps you intrigued from beginning to end.

As the marathon went on, the early finishers crossed the finish line. No one would know that soon, two terrorists with backpacks would lay their dirty bombs down and remotely detonate them causing shards of nails, scrap metal shrapnel, and other weapons of harm to wound and kill both participants and spectators.

This film also tells a side-story of the two brothers who did the bombing. We learn they were of a splinter group related to an American hating organization. It does a good job of showing their manner and mindset through the tragedy they caused. They also show shadows of the older brother’s wife and what her role may or may have not been in this.

As a true story film, this one is best at telling the events that led up and transpired throughout the event. It’s a bit documentary in it’s framework but there is plenty of story in the script that fuels powerful acting. It falls short of focusing on the recovery of these people but it doesn’t really mean to be that type of film. To learn the details of the story, this one is great. For the human aftermath and effect on drama for the survivors, “Stronger” does a great job at that. I give this film a 10/10 for what it sets out to do.