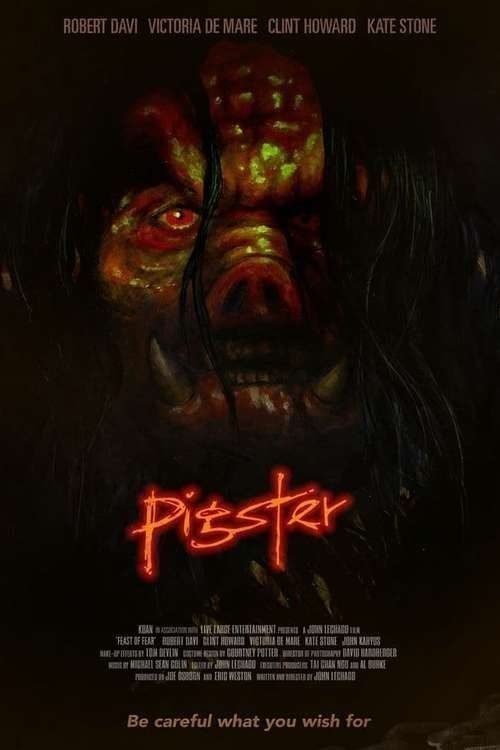 What, and I mean this sincerely, the actual fuck?

Review: This looks like a low budget film trying very hard to appear as such with lots of gore and boobage. This is kind of the 2 directors’ style. John Lechago and Al Burke have worked in Hollywood in many roles. It’s all led him here to this twisted little gore film. It’s great for people who want something different with an attitude. All the effects look fake, so much that you start rating how fake they are as they appear. It’s hard to pick up on anything to relate with because the plot isn’t meant to be realistic. In this here and now, the monster Pigster (half man half pig) is out to find and kill people, in between dark jokes. For me, it was more or less a grand adventure of comedic horror.