Vampires! Back to the time of the mummies, the Egyptians. That’s what this film presents. I had started watching it a few times before actually waiting and watching all the way through. The reason for this was that it was like a silly band bio pic. Things quickly change from that and it becomes a contender with the likes of Interview With a Vampire and other hit films. 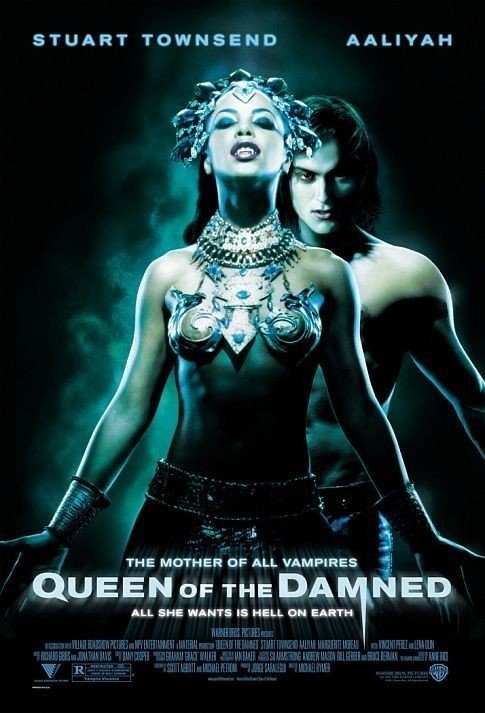 It’s ironic they named this film “Queen …” because her role really doesn’t come for some time. Mostly we see the plight of LeStat, his rise to fame as a rocker, and his mysterious nature of feeding on his fans.

The director, Michael Rymer, did the remake of Battlestar Galactica in 2004 but otherwise he hasn’t done much more. He does a good job here, the message intertwined throughout is coherent and the film works. There is one scene I love where the fans of the band are watching vampires fighting on stage doing supernatural things and they cheer because they think it’s part of LeStat’s show. The first half lags a bit, they could have sped all that up in my opinion. For that it loses a couple points. The music is amazing. Fans of Anne Rice novels and vampire movies will enjoy this film. I recommend it.

At time of writing this, it is streaming on Netflix.