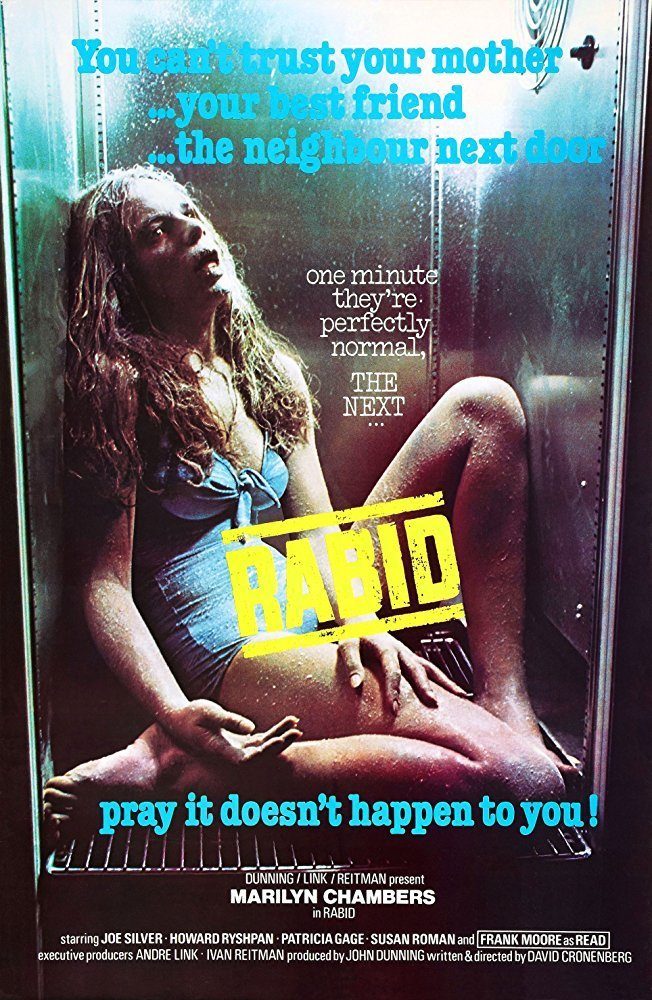 This is classified on a few services as “body horror.” In truth, there are only a few scenes that could merit such a label The director David Cronenberg gives us a lot of flesh on the gurney and peel some back while chopping or otherwise getting more of it off the victims. I liked the film but to risk stating a critic cliché, it watched like some kind of soft porn film on Cinemax. They could have done a lot more with it if we knew more about the virus. There’s a lot of unexplained stuff here. I can say it was a fun watch and it was fun watching the misogynistic doctors and assorted males get bitten. 7/10.