A slow rolling horror that builds to a crescendo. Also, we get to learn about the French Vet training system. It’s a lot like the most intense hazing colleges of the US. And then there’s the eating of flesh thing, yeah that’s there too. 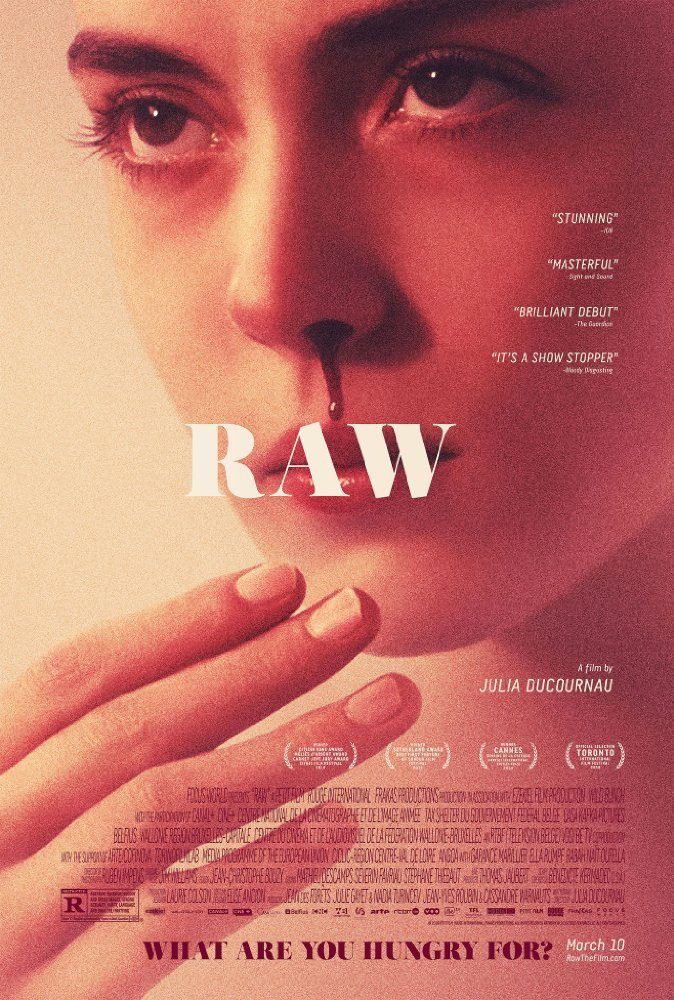 I’ve held off watching this for months because of the subtitles. When I finally got some time to sit with it and not multi-task I have to say I enjoyed it as a horror film and had a very good time watching.

Everything is bare-bones here. It almost watches like an old 70’s film. There is a building where she goes to school and there are dorms. The film goes nowhere else. The story as it unfurls is odd and a bit hard to imagine as true, but this is horror right? The film opens with a long open road and a figure running in front of an oncoming car. Soon after the collision, the pedestrian saunters up clearly in pain and goes to the car window. Then the story begins of the female protagonist going to vet school. She goes through hazing, which her older sister approves to be done to her. There is a scene of being splashed in animal blood and another of eating raw rabbit organs. As a result she develops a taste for flesh, I’m afraid I missed how or why this happens. There are events, a twist, and a morose conclusion.

It’s an ok way to spend a runtime. It’s not as good as I had hoped and the subtitles certainly are not deep or enriching in any way. Still, it’s shocking and fun with latex and blood which most of us horror fans get the fun in. It’s also interesting seeing a coming of age experience in another country. For fans of the horror genre I recommend it!

Watch this online on Amazon Video for $5.99