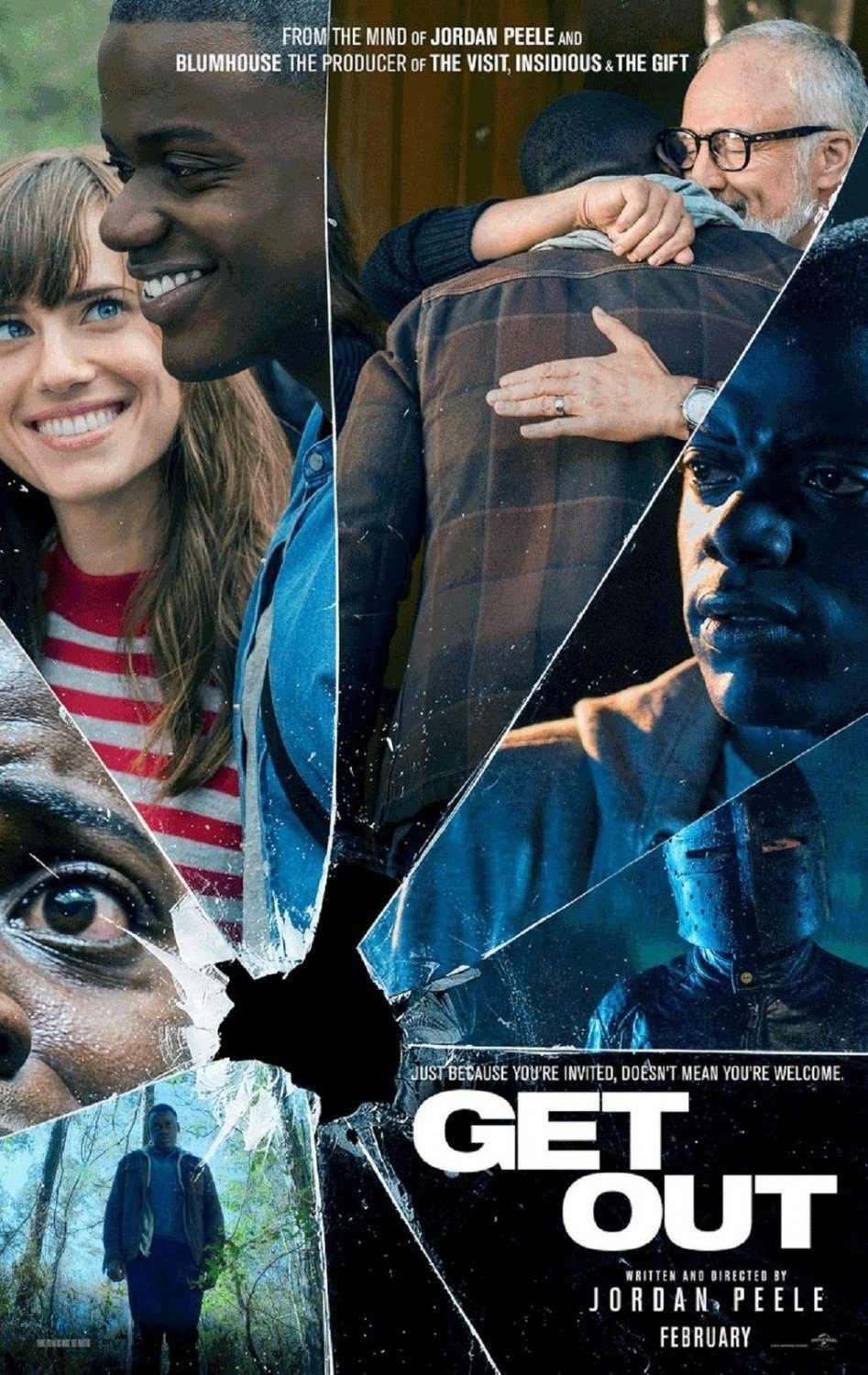 Jordan Peele has directed a film here that simply shines. It will be an instant classic and there are no questions left unanswered. It tells it’s message like it is. Veiled racism is all around us, Peele alludes to that and warns us what is really under the surface. He does this humanitarian task in the guise of a horror movie that is, along with its message, extremely well delivered.

The writing supplies a superb cast with the vehicle it needs to reach the audience. Daniel Kaluuya plays Chris Washington, a 26 year old black man dating a white woman and finding his way in the world. He does an excellent job and, I am told, can tear up on cue. Allison Williams plays Rose Armitage, his white girlfriend. I only point out their ethnicity because it is central to the plot and message of Peele’s film. Catherine Keener is Missy Armitage, a controlling and spooky psychiatrist who also wields the power of hypnosis. LilRel Howery should be mentioned as well for his hysterical comic relief in the character Rod Williams. There are more than a handful of other great performances in this film. It’s put together very well that way. Again it’s the script and directing that make this all work and both were done by Jordan Peele.

Chris is falling in love with his girlfriend and she thinks it’s time he met her parents. Once there for the weekend, her mother tries to hypnotize him to stop smoking. All during the visit, there appear to be almost comatose black individuals scattered throughout the home. They appear to be servants. This is a mystery until the near-end of the film. Concepts of veiled racism are depicted and it starts to seem like something very odd is going on. The final act explains everything and it’s a twist Jordan Peele delivers well. This is a truly formidable debut.

FINAL THOUGHTS
In the theater most people were hollering but I didn’t mind. It was like a melodrama from the old west that way. I have never seen an audience so involved. Quite a few of the voices I assume were black. This film illustrates what racism can do, even a subtle version of it. It can be seen as a microcosm of the human condition but there is a lot here about black vs. white culture. In one scene, we see Rose with “trophy” photos on her wall. I thought that was a great hidden message of the film. There are many, go see it and figure them out! It doesn’t take much thought and that I enjoyed!