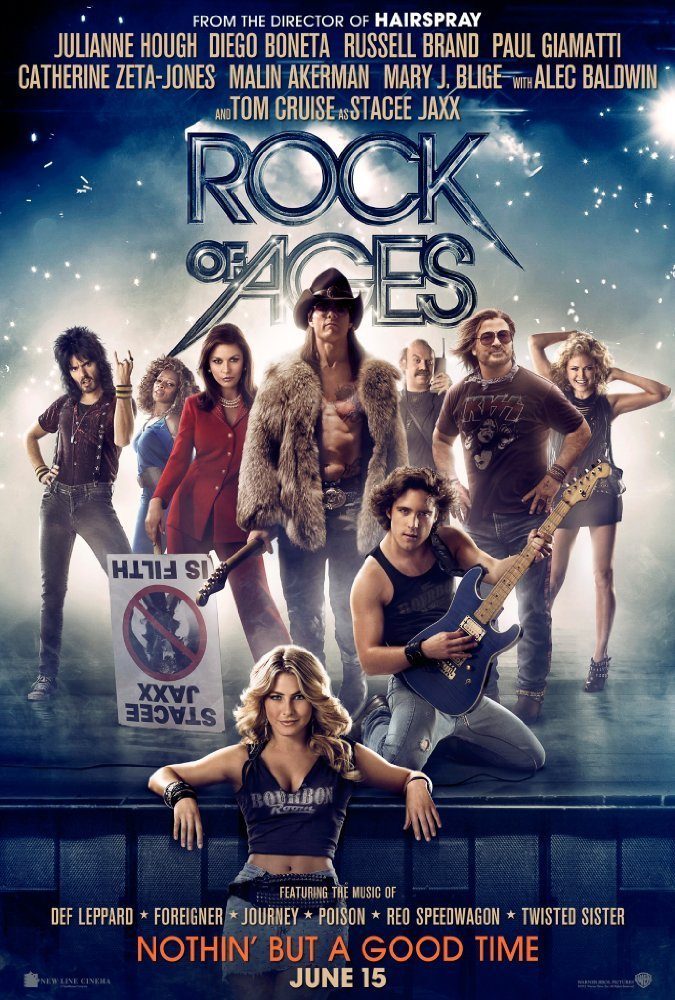 Adam Michael Shankman (born November 27, 1964) is an American film director, producer, dancer, author, actor, and choreographer. He was a judge on the television program So You Think You Can Dance on seasons 3-10. Unfortunately, he didn’t bring his Broadway dance skills to this film.

A small town girl like the one in the Journey song goes to LA to get famous. She ends up as a waitress in a seedy bar. There you have the foundation for this film. I had the fortune to see the musical at the Pantages twice and while I liked the film enough, it did not compete with the marvel on stage. It was the same story for the mega hit Mamma Mia. Maybe it’s because I enjoy stage musicals so much.

Tom cruise IS hilarious as Stacee Jaxx, the travel has been rocker. He pulls off the role but in an entirely different way. Having said all that criticism, I would recommend it because the music from the 80’s is amazing and there are some really great jokes in it. You should laugh I would imagine. For me, it just was substandard though so I gave it