One review I read before watching this movie said, “Open up to this film.” That’s what I did and I am glad. It is beautiful to look at and it contains a timeless tale.

The haves vs the have-nots: one of the most ageless templates of humankind. This is a Swedish film with English subtitles. That’s what’s going on here in “Sami Blood.” Elle Marja is an old woman reflecting on her life as a young woman who is part of the “Sami Blood” or the reindeer farming peasants. After foul treatment at “school” and discovering a general malaise in the life style she was born into, she decides to impersonate someone in the upper echelon. She is desperate, she will do anything to be part of the higher society. 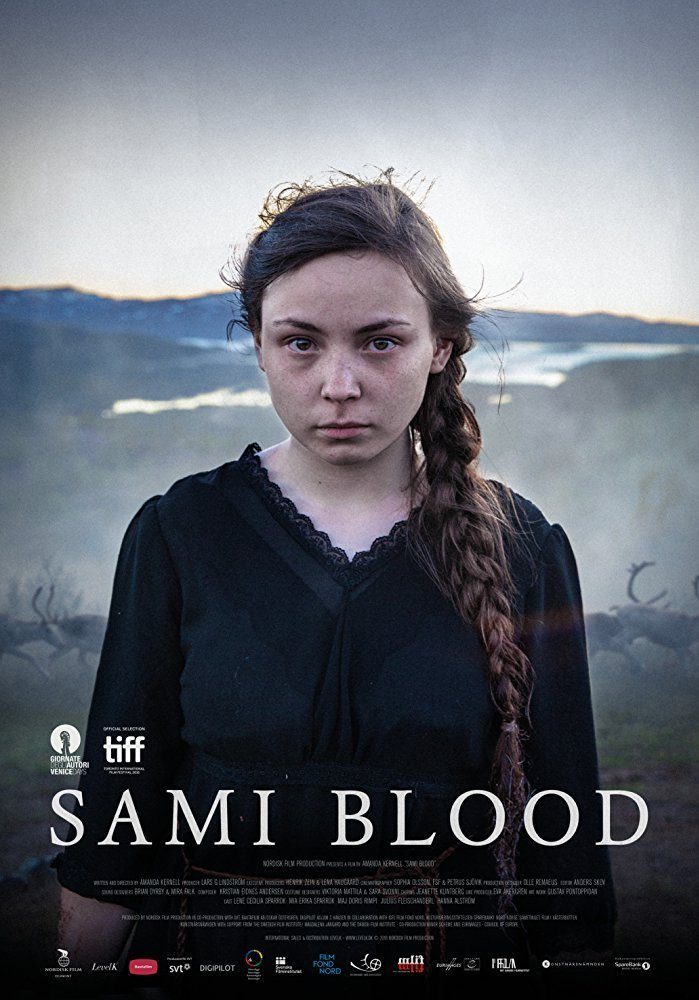 NOW STREAMING on Prime Video
WATCH NOW
A reindeer-breeding Sámi girl who is exposed to the racism of the 1930’s at her boarding school, starts dreaming of another life. But to achieve it, she has to become someone else and break all ties with her family and culture.
Director: Amanda Kernell
Writer: Amanda Kernell
Stars: Lene Cecilia Sparrok, Mia Erika Sparrok, Maj-Doris Rimpi

The Swedish landscapes are incredible and the hardworking director/writer Amanda Kernell makes sure they are in many scenes as background or even just filling the entire frame. These hills tell a story. In interviews she says she had to make decisions similar to this young character. Many of her culture had to decide where they would live. There is a powerful scene where the young woman demands an heirloom from her family so she can continue going to private school under a dead girl’s identity. The mother is torn as to what she should do. The “low people” are like native Americans the way they live. They do need money though so this is a demand that borders on insult.

She falls into a relationship with a young man. At first it appears as if they love each other. The cinematography of them dancing and enchanted time time together is wonderfully mesmerizing. Later though, his parents in whose home they are having their affair question her motives and they force him to turn her out. On her way out, she doesn’t state her love for him, she is desperate. She only pleads, “Tell them I can work here cleaning.” While a sad scene, it goes to show the invisible wall between these two castes of the Swedish countryside.

My daughters are going to “Vid-con” in a few months. We paid for their tickets at Christmas. There, they will see “The Gabby Show” and other of their favorite Youtube stars. These rich famous people are their stars. I couldn’t help but draw a parallel to the lower and upper people in this film. Maybe America hasn’t come very far in its middle class. Still, I am happy my kids have tickets to something they feel excited about.

As the film concludes, we aren’t given a nicely wrapped conclusion. This is one of those films you have to make your own mind up about. For me, it is about the age=old controversy between upper and lower class. The middle class is a new thing America has produced. THrough time people have been either “Haves” or “Have-nots.” Can we judge Elle Marja for wanting something better? Was this her only option? He young sister stayed faithfully with the Sami Blood. At a point near the end, at her sister’s funeral, Elle Marja rips off the casket lid and her sister’s weathered face is revealed. Which lived a truly happier life? This is a longer, historical period piece in a foreign language. It won’t appeal to everyone. As for me, I was deeply touched. It lost one point because several scenes took longer than they should have. Beyond that, it’s excellent. I give this film a 9/10.