Ensemble cast of psychopaths? Yep, exactly right! In this gem we have Colin Farrell playing an uninspired script writer who gets involved with some organized crime psychopaths in the writing of his movie. 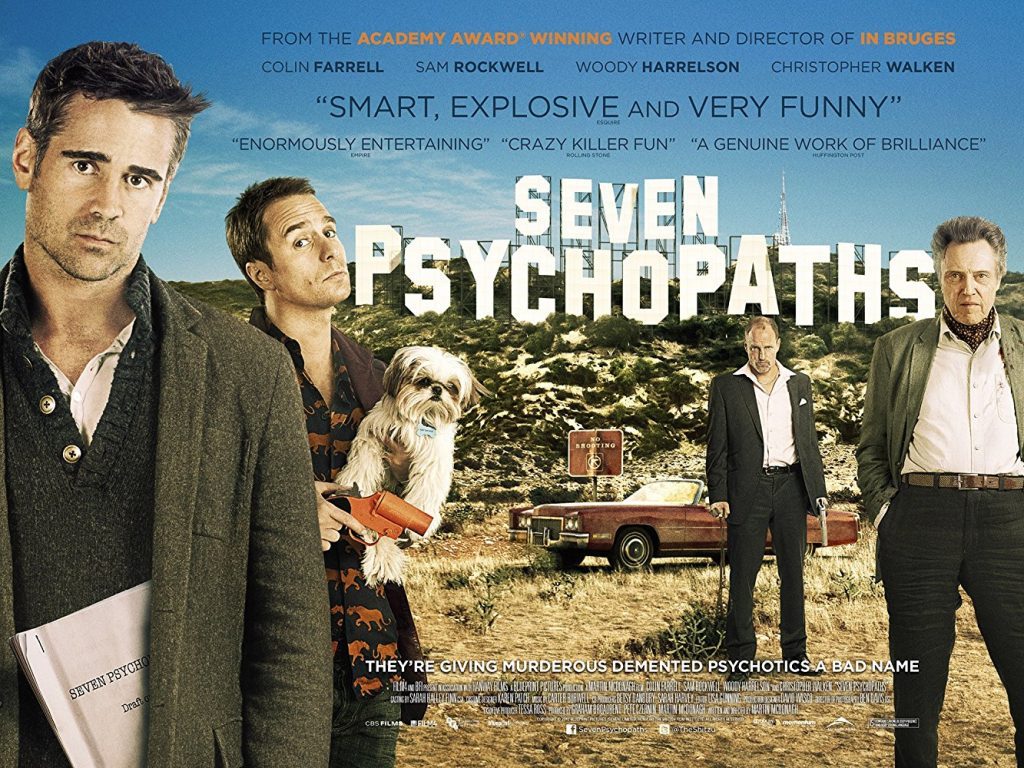 We get to experience pure comedy gold in this hitman tale. Juxtaposed against that immorality, we see some of these killers have weak spots for a Shih tzu. In a huge cast, Sam Rockwell is my favorite and arguably the most crazed of all the psychopaths. He enjoys telling the movie ideas all too much to the writer. Colin Farrell is our anchor of sanity but then again, what sane person would hang out with these psychopaths. He has quite a few close calls. The Shih tzu belongs to Woody Harrelson’s character and he is truly side splitting the way he pines over it.

Basically this film is funny but there are many shoot-outs and scenes of full-out violence. It’s a comedy not to be missed. Most of it takes place in the Southern California Desert.

At time of reviewing this, it was streaming on Amazon Prime.