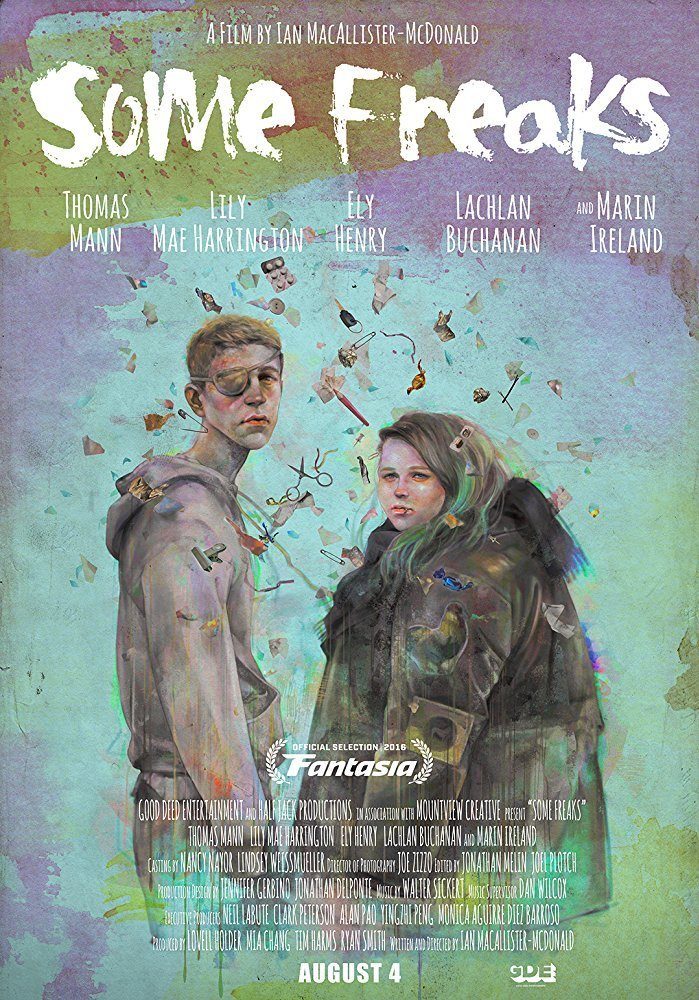 This is the director’s first endeavor and I applaud him for what he has done here.

I can’t speak for the “studs” and homecoming queens of the world because I was most certainly a geek and maybe even a nerd by all standards. It’s those types this film appeals to. An overweight, but pretty, girl gets in the good graces of older men by giving them blowjobs. Through time she gets away from that but still has trouble believing anyone could really love her. At the same time, a young man with a glass eye and a very geeky disposition starts falling for her but his relationship skills are certainly lacking as well. What results is a roller coaster of emotions from both of them as they enter into a serious relationship. Maybe that’s too early in life to be trying that? The middle 8 is that she gets hot. Through working out and changing her diet, you almost can’t recognize her. This makes for a whole new set of dysfunction. Do we sometimes love people because they are too ugly to leave? This is one thought woven through.

An interesting side character is the jock/bully who has an eye for the “fat girl.” This was a little unclear in its presentation but I think it shows that even the pretty people have hidden ugly things that keep them from true love.

This is a fun little independent high school movie. It’s also deeper than usual for the genre. Some of the characters are a little hard to interpret and the best friend of the young man is horribly miscast. Maybe he knew someone on the casting committee?