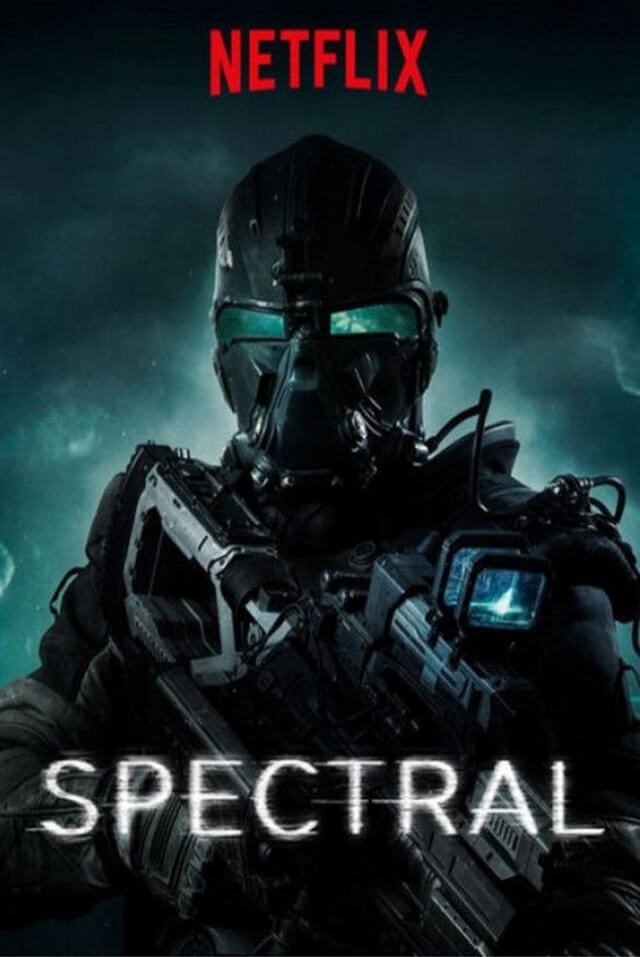 This is a Netflix movie meant to compete with the sci-fi action military genre of Edge of Tomorrow and Good Kill. I’m pleased to report that the effects, the acting, and even the concept makes the grade.

The spectral enemy is fascinatingly made. They really do look like ghosts as the title suggests. Spectral comes from “spectre.” The director Nic Mathieu has done a stellar job here. I’m not sure I’d give it as much praise if it were a wide-spread theater release but as a Netflix military action sci-fi, it is a rocking fun time! Some may find it over simplistic and it could have used more ghosts and kills I thought. No film is perfect.

It has a pretty good cast (see above) but my favorite actor is Bruce Greenwood. He always takes a movie to a higher place. He was great with Ashley Judd in Double Jeopardy and I thought he should have won an Oscar for his role in the indie film Wildlike. You can read my review of that film here. At any rate, I recommend this film mow streaming on Netflix.