Having a baby must be the most serious mind bending experience a person can face. I’m thankful the women are delegated to do it, I don’t think I could pull it off. But being the husband through the ordeal can also be a challenge. You have your love’s raging hormones to deal with and that’s not always a walk in the park. Could they make a horror movie about it? How about depression? You don’t have to answer that because they indeed have already made one. 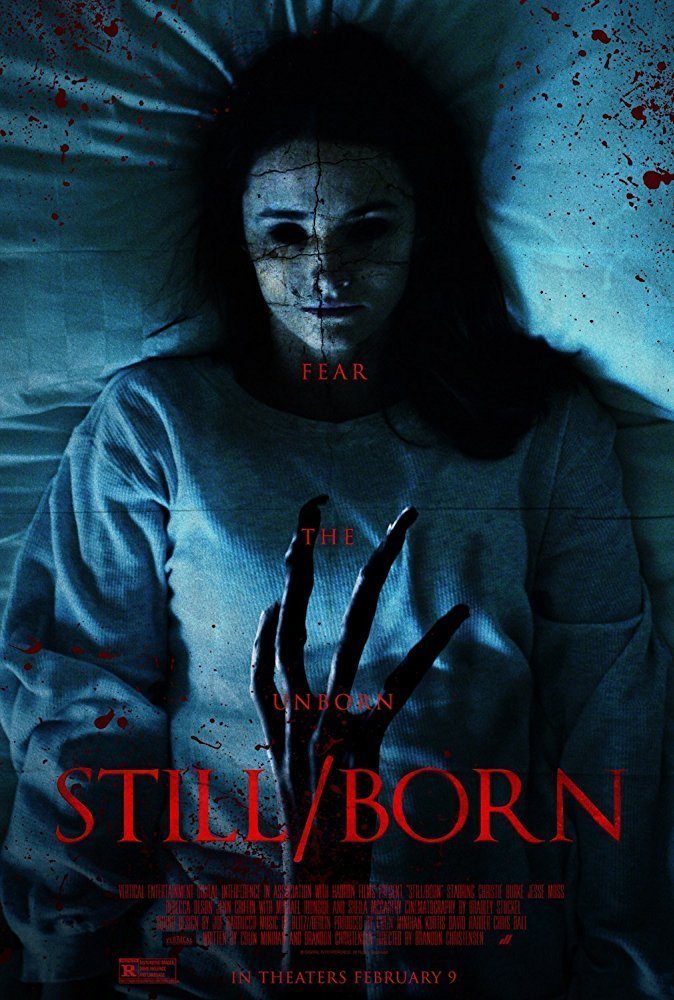 Mary, a new mother, gives birth to twins, but only one of them is alive. While taking care of her living child, Adam, she suspects that something, a supernatural entity, has chosen him and …
Director: Brandon Christensen
Writers: Brandon Christensen, Colin Minihan
Stars: Christie Burke, Jesse Moss, Rebecca Olson

Brandon Christensen is the director and co-writer here. I do not recognize any of his short films. He has directed a miniseries called “Black Ice.” As writer I would have liked a little more in the explanation department. Still, as a jump scare film, it works ok as is. As a psychological drama it would have been nice to get more explanation as to what is going on.

Probably the most scary films like this are the ones where a video tape shows something different than what the main character is suffering through. It’s so easy to point the finger when you have the proof. At the same time, in films like this we are ingratiated to side with the main character because we see what she sees. She is not crazy but rather only trying to protect her family. This psychology of back and forth and the question of who to believe goes on throughout this film.

The acting is so so. The best performance is from the mother of course, Mary.

You may enjoy this film if you:

Are a woman who experienced scares through your pregnancy or who believes your child could be possessed by a demon. Also if you can imagine your husband cheating on you with a neighbor. OR if you like the creepiness of psychological scares mixed with jump.

I am on the fence with this one. Not enough explanation to make it seem worth my while but creepy jump scares enough to make it entertaining. I give it a 7/10.