Tom Hanks once again plays an average American and gives the world someone to believe in. Captain Sully is a decorated pilot who has to crash-land an airplane in the Hudson river. It’s a compelling story for sure but some viewers may find it dull and mundane. If you were ever curious about what happened in this news story, filmmaker Clint Eastwood has a video tale to tale you. 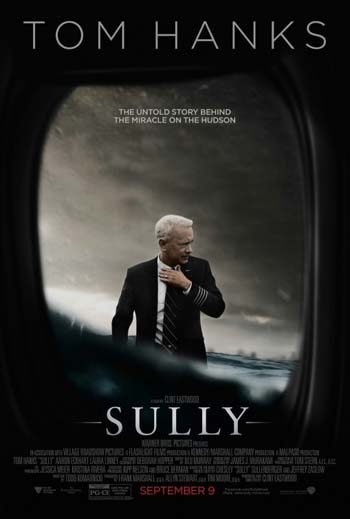 The rest of this review contains spoilers.

To borrow from David Spade: I liked this movie better when it was Flight. One thing I notice with older film makers like Clint Eastwood is that they tend to make movies they think will make a historical contribution. This is admirable but be advised these types of films are often not exciting. In fact, they can be quite boring.

There is great acting in this film but that’s not enough to justify this story being a movie. I think a tv special would have been a better suited genre. I did like the ending, it surprised me. When the panel somehow had a paradigm shift and suspended all judgement of Sully, it was gratifying. Just like in Flight, he is in a lot of trouble the entire length of the film. Unfortunately for me, I feel the story dragged on and I just didn’t find the science that makes up at least 50% of the investigation and the movie interesting. I can’t recommend this film for anyone but that’s not to say pilots and fans of the real sully won’t like it.