A must see for anyone dating, especially single male losers (as I was in the 90’s) who call women things like “beautiful babies.” This is a laugh a minute that may not help you hook up but have you laughing at all the shit you do or did when you’re single and dating. 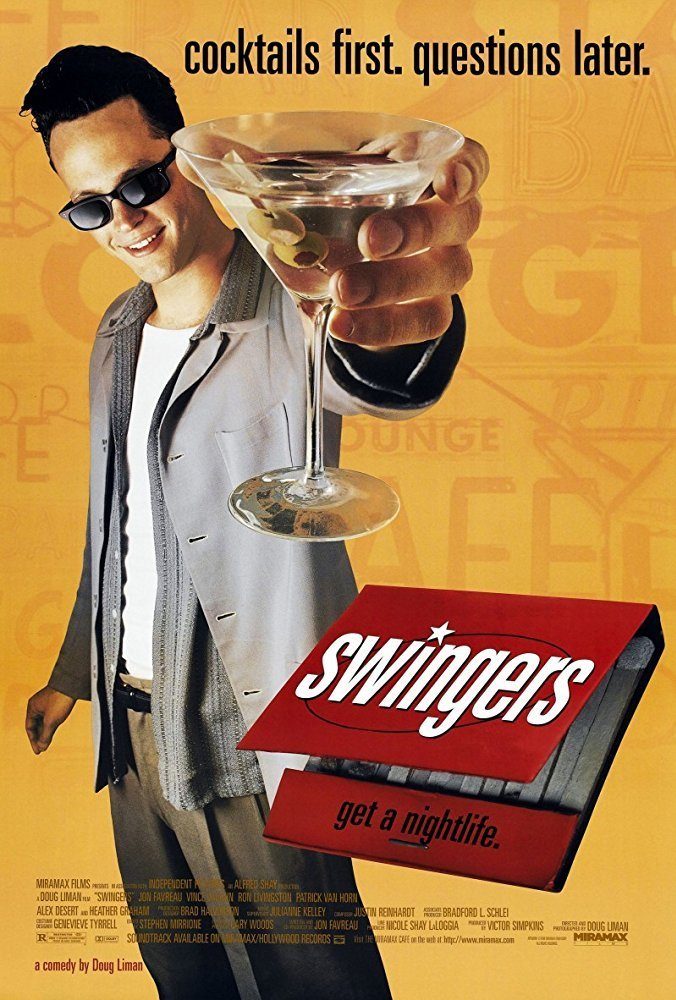 Occasionally through the annals of movie history, a perfect film comes about with a visionary director and gifted cast. It would seem this is one of those. Doug Liman leads this group of handsome and beautiful soon-to-be mega stars, including Vince Vaughn, Heather Graham, Jon Favreau. If you haven’t heard of Doug Liman, let me list a few of his directorial achievements for you:
2016 Edge of Tomorrow
2008 Jumper
2005 Mr. & Mrs. Smith
2002 The Bourne Identity
1999 Go
He’s also a well known and sought after producer. With Jon Favreau writing the script, it’ no wonder the impact this film has had both at the box office and as a cult status comedy.

I think great comedy has to do with the things we have trouble facing. If that is true, dealing with dating makes some of the funniest stuff. Everyone hates doing it. We have an idealized idea of how it will end up and let’s face it, it usually doesn’t end up so rosy.

The banter and dialog of these guys as they go on ventures to Vegas and beyond is flat out hilarious. They hug each other like little girls and view women as uncharted ocean but have no sense how to get there. Vince Vaughn and Jon Favreau captivate from credits to credits. This is out and out a perfect comedy about the mishaps of dating in your 20’s. Spoiler in the blockquote:

One of my favorite scenes is when Favreau’s character tries calling a date he got a number from. He calls back adding to the message probably 10 times. Finally, she calls back and says “Don’t EVER call me again.” I roared over that gag.

For comedy fans or people who want to laugh about an uncomfortable subject, I highly recommend this.