I love watching a film I know hardly anything about that has mediocre scores on Rotten Tomatoes and that surprises the hell out of me to be on my best films of the year list. Watching the Accountant was like that for me. 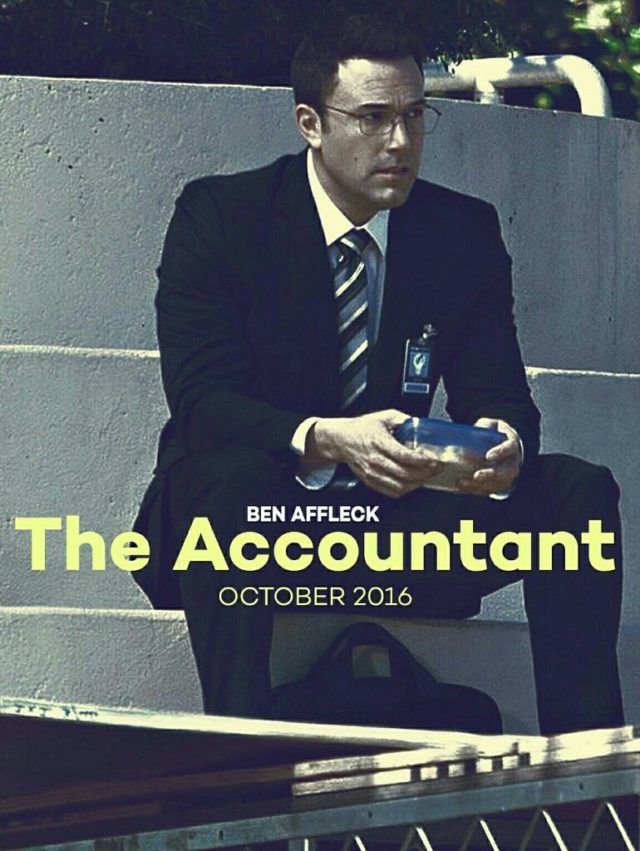 The rest of this review may contain spoilers

This is a film of two worlds: 1) a history and upbringing of an autistic boy and 2) The path of adulthood and a career for that boy after becoming a man. As it turns out, high functioning autistic people make ingenious accountants. Ben Affleck is this man and he is so good, many underground crime bosses use him to “uncook” their books. Let me reiterate, he is really good at it.

We are catapulted from stories of his youth where his father mercilessly trains him to fight a exist alone to his life as a criminal accountant who’s cool as a cucumber. If you heard he was doing well and not getting caught year after year, you might think to yourself, “Ok, so what’s the problem. This guy has it made.” Wrong. There are some real issues that would prevent the average person from being happy in his shoes. First, he can’t have relationships. His autism gives him tunnel vision and he is literally unable to walk away from projects. He attempts a relationship with Anna Kendrick but it never really pans out because of his disorder. In more than one way, it gets in the way.

In this film we see what Affleck’s character can do as a result of his father’s horrifying training. He is a machine when it comes to fighting. He is able to see details no one else does and this makes him not only an accounting weapon but also what we might call a para-military soldier and killer.

So, these are just some if the amazingly creative particulars written into this gem of a film. Affleck is at the top of his game. There are many shoot-em-ups from which he generally emerges victorious. I loved every minute of this film. They say people with autism are on a different level than the rest of us. This film shows that shouldn’t be looked down on. Someone with autism, trained in this way, could save the world. Would he be happy though? The jury’s still out.