This is great: a bio pic about a comedian trying to make it and how he fell in love with his girlfriend. Oh, and there’s some Pakistani ethnic issues that threaten the relationship as well since he is Pakistani and she is white. 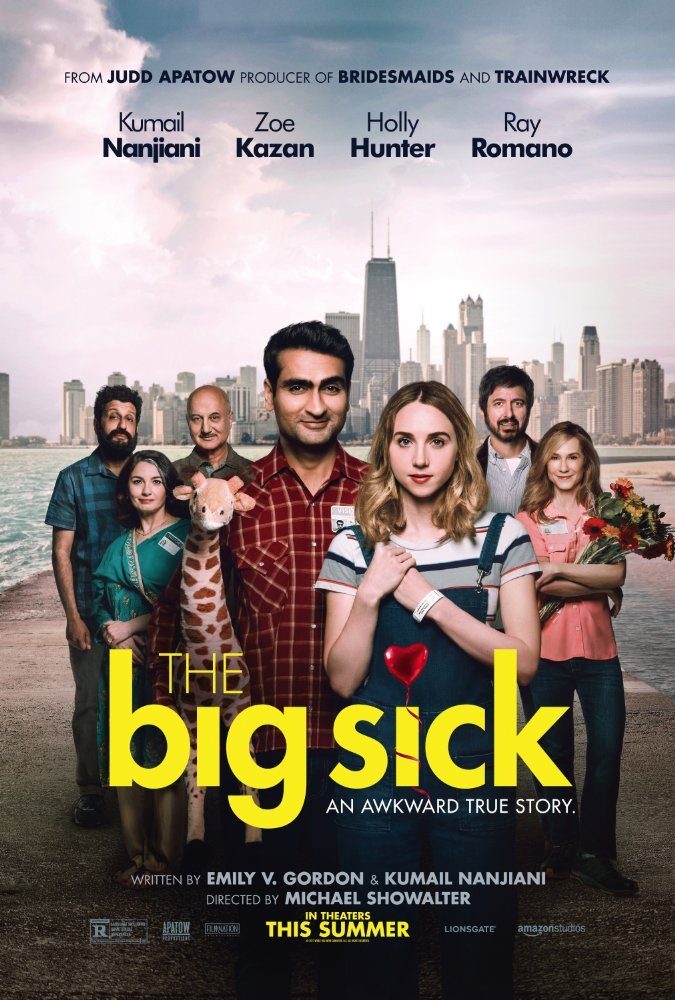 I had seen Kumail’s work here and there and I’ve always thought he was a chill comedian. IN fact, in this film, something I noticed was how calm he is, even in face of rejection or turmoil. As the smooth dialogue would transpire I’d think to myself: “I wonder if it went down this smooth in real life?” I’m really impressed the way he broke out with this film that essentially a love story of how he and his girlfriend (now wife) met. I find that charming.

The director Michael Showalter has some good stuff on his resume. The film I recognized the most was My Name is Doris with Sally Field. That was a fiction but it watches like a bio pic. He shows the dark side of Doris, not just the funny one. This ability shows up in his directing on this film, he’s done a stellar job here.

Zoe Kazan plays Emily, Kumail’s love interest. Hear me when I say this: she embodies the character. I think she was a great casting choice. I never miss a chance to see a Zoe Kazan film and this one is no exception. I loved her in this. She actually resembles the real Emily. Ray Romano and Holly Hunter play her parents. They do a great job testing and finally accepting Kumail. The hospital scenes are really the heart of the film. A sub plot of the film is his family’s attempts to arrange a bride for him. These scenes are funny and add a lot to the believability of the characters. It’s all done without pushing Pakistan into your face, like My Big Fat Greek Wedding does with the Greek culture. It’s subtle and keeps you curious. Another sub plot is the Improv club where Kumail and his friends are honing their craft. They all live on the cheap which is fun to see as the camera travels into and among their zone.

For romantic comedy fans, this one’s a must. I give it my highest recommendation!

At time of writing this, the film is still in theaters.