This film is based on a true story. Once again, a movie presents vans in culture. Specifically, a van in British culture about 15 years ago and a lady that lived in it. 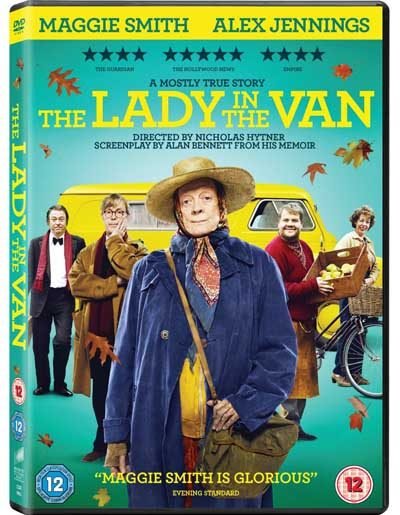 The Lady in the Van
Cast

The dilapidated van was owned by Mary Shepherd, a scraggly old homeless woman who lived in it for 15 years on Alan Bennett: playwriter’s, driveway. Bennett wrote about the experience in a play and it won numerous stage awards. In fact, Maggie Smith, known for being in the Harry Potter films and a billion others, played the role of Shepherd which earned her a Best Actress nomination at the 2000 Olivier Awards; and in the 2009 BBC Radio 4 adaptation. What’s more, Jennings wrote the book & the film. It’s the content of this heartwarming film, along with Maggie Smith’s acting, that makes a pleasant watch. It gets you thinking about all sorts of things worth talking about.

What if you had no one and you were entirely alone in the world? How would you view families playing together and people going to work talking negotiations etc. Alan Bennett write plays about lonely people but he meets the ultimate muse when he meets Mary Shepherd. Through a course of events at the beginning of the story, he begrudgingly allows her to park her van, which is her home, on his driveway. This causes him troubles he hadn’t accounted for but he lets her stay for 15 years. In a very unwittingly way, they are both kept company and they both see the other, thereby not making them as lonely as some. 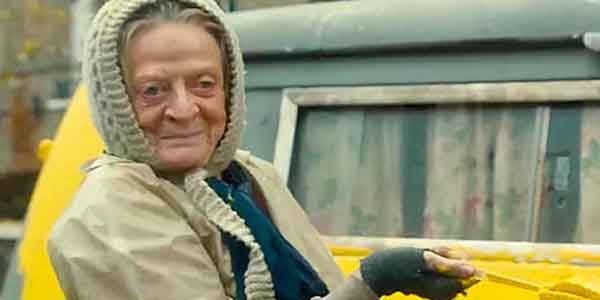 Mary has an interesting story of how she came to be homeless. I won’t spoil it but suffice it to say, she feel as if she can never re-enter society. In the time she spends on Jennings’ driveway, he hears many of her stories and finds her a better choice than his own mundane, non-adventurous life for writing content. That’s why he lets her stay. They have experiences and the characters are developed more than adequately. 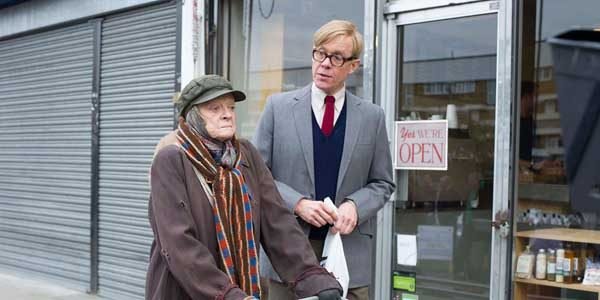 In the end we learn that Shepherd had been a nun and a decorated pianist in previous years. It’s amazing that Jenning’s never knew that until the end. To conclude, Maggie Smith is well grounded in this character and she is entrancing to watch. She’s plays the character as if it were herself. I also liked Jennings’ performance. I didn’t like the way that had his inner dialog with himself, a “clone” who comes in and out of scenes. I would have rather seen something like him writing and having his words speak. At any rate, the film did very well so don’t let my criticism take away. I highly recommend this for British viewers who know the play as well as for American fans of Maggie Smith and British culture.