War movies don’t always leave a good impression with me. In fact, I rarely go to see them. When I saw Apocalypse Now, it was years after its release on DVD and I wasn’t that excited going in. Luckily, I was hugely pleased with the result. This film made it into Riley’s Great 100. 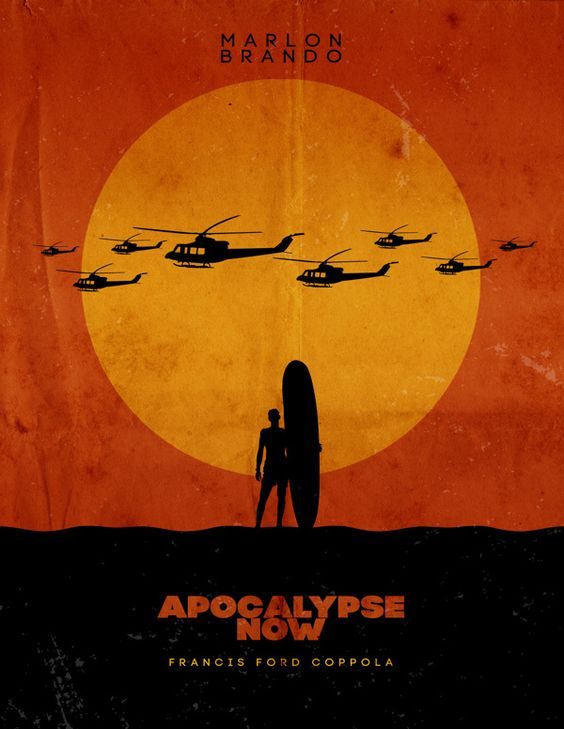 When I saw it the first time, I was in an American Literature course at Cal State Fullerton. I had a prof named “Dr. Friend.” Some people didn’t see him as a friend but I did, considering the amazing books and movies he turned me on to. This film is one of those.

One of the assigned novels in the course was Joseph Conrad’s “Heart of Darkness.” This is a gut-wrenching novel about killing for profit. The first chapter of the book is full of blood soaked descriptions. It describes a place where human life no longer has value in the wake of the mighty dollar. Conrad was getting at real “truth” and many a college student since has studied his words looking for that elusive word. What is at the heart of darkness? That’s what Conrad is luring us toward. 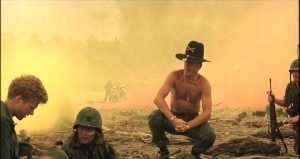 Apocalypse Now is based on “Heart of Darkness.” It takes place on a boat in Vietnam. The soldiers are lost in a lost cause war but they stumble on something far more sinister and evil. A living being created by the American war machine. There are parallels to Conrad’s book but both pieces stand alone as incredible vignettes of evil and the dark propensity of the human soul if left unchecked.
IMDB gives a short synopsis as such:

During the Vietnam War, Captain Willard is sent on a dangerous mission into Cambodia to assassinate a renegade colonel who has set himself up as a god among a local tribe.

Robert Duvall stars in this film along with Harrison Ford a cast of other now-legendary actors. The two that usually get the most press are Martin Sheen as Captain Willard and Marlon Brando as Kurtz.

Brando is hypnotic to watch and listen to. What can you do when you have sympathy for the devil? The interplay of what we see as “moral” vs. “animal” makes this movie a trip. Should we assign guilt to those who are survivalists at all costs? If not, why do we murder them in war? These are questions that came up for me. I saw this as less a war movie and more or a moral drama. I really enjoyed it on that level. 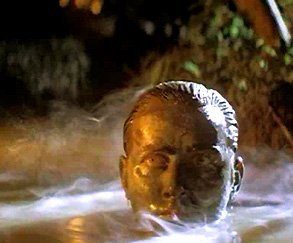 The war images are still prevalent here. Almost every scene has an orange sky, alluding to the use of crop dust laced with Agent Orange to commit mass unbridled homicide against the Viet Cong. All is fair in love and war? You see the men uttering phrases like: “I love the smell of napalm in the morning,” upon waking. There is even a stud from San Diego with a surfboard who catches waves in between mass carnage. This black humor lays the foundation to look at what we do in the military on both sides and the dark hearts we must have to do it. The director, Francis Ford Coppola gave so much of his heart and soul to make this movie. 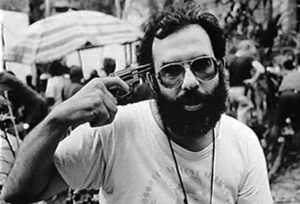 A documentary called Hearts of Darkness shows some of the ghastly things the cast and director had to go through to get this filmed. It’s an amazing doc, I highly recommend it. Martin Sheen was so stressed filming he had a heart attack during filming. Fortunately he was able to get proper medical care and rest and he finished the film. If you are like me and don’t like war films but the idea of this “heart of darkness” being portrayed is interesting to you, I recommend seeing it anyway. The war images soon fade in the presence of a profound cinematic look at the human heart. What you make of that experience is up to you and your conscience. Are you more or Kurtz or Willard? For me it was tough to choose one over the other as good. In the end though, I made my choice. I recommend this film highly, a LOT of other movie critics do as well. This is of course, a classic of all time.