My Rating 10/10 This film means a lot to me as someone who values education. I can only think of one other film that competes for the position of my all time favorite and that is ‘Lean on Me’ with Morgan Freeman. They both demonstrate the concept of raising your expectations high for students, trusting they want to achieve.
*This review contains spoilers. 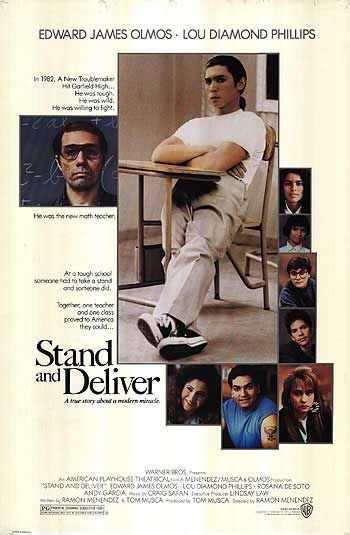 This film, as far as I am concerned, should be required viewing for anyone who wants to be a teacher. I’m not saying it will discourage that career path but I think it accurately shows what you have to aspire to be if you want to reach your students. The larger than life teacher, Jaime Escalante, is played by Edward James Olmos in an eerie sort of doppelgänger way. It’s as if he was born to play this part.

The story goes that Escalante starts his first day teaching in an inner city Los Angeles school. The school is overwrought with gang members and students who seem to not care about school or their new teacher. I can tell you I have seen this played out in high school when I was a substitute teacher there in my twenties. At the same time, I’ve seen it in the lower grades, though a little more innocently, in my 17 years of teaching elementary public school. How do you tame this teeming horde? That’s the method you must develop as a teacher and it doesn’t come easy. Sending kids to the Principal becomes a last resort and you have to deal with unruly and disrespectful kids on your own.

Because the situation is so bad in some schools, teachers should see this movie. You can pick up some tips and you can be encouraged to go toward what you think is best. That’s called developing a teaching style. It’s also really easy to get into because it’s an 80’s movie with a great soundtrack. Credits to credits, you feel immersed in the miracle that truly took place in an inner city L.A. school. It is a powerful film for anyone to appreciate and enjoy, especially teachers. 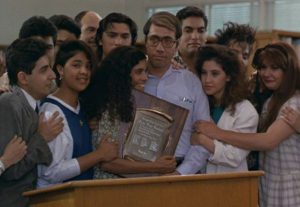 Escalante gets a group of hispanic kids all fired up to take the AP calculus test. This surprises everyone in the film because up to now, the school has been one of the most underperforming in the country. Escalante petitions to the school board to get his students to take it and in spite of some people disagreeing, he gets permission. The kids do finally take the test and at that point, the worst of all worst things happens: the state comes out to investigate possible cheating. As if it wasn’t enough for these kids to work so hard, now they get accused of doing an immoral thing. They have to take the test again to exonerate themselves. 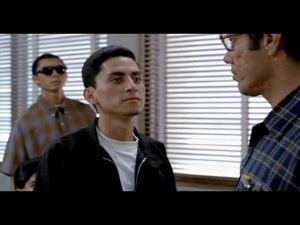 All along the way, Escalante is reaching out to his students: showing them a finder trick to learn their 9’s in multiplication, dining at their parents’ restaurants trying to get buy-in on them going to college, and things like that. He is not a normal educator but rather a “super” one. I think it would be foolish for me to try and be like him, he’s an individual with a specific skill set of gifts. I on the other hand, have my own bag of tricks when it comes to classroom management and student achievement. Even those who are not teachers will find this film entertaining. Everyone has been in that student chair right? It is relatable from both sides and it clearly shows the benefits of having a common goal and never backing down. 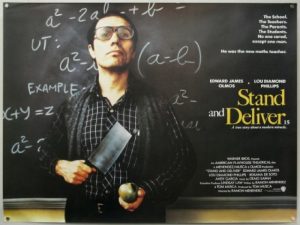 Lou Diamond Phillips plays on of the hoodlum gang types that gets drawn in by Escalante’s teaching style. There is a great scene where Phillips’ character and a few hoodlum types steal his car and then fix it up in their chop shop. They make his old VW into a tricked out show car. It’s a great scene because is really shows how much he means to these kids now, after proving himself a conscientious and caring teacher. 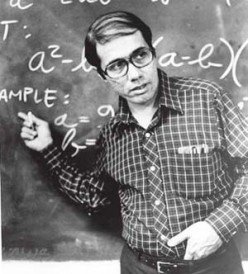 I love another scene where Andy Garcia comes in from the test company to investigate the possibility of cheating. Phillip’s character jokes with him faking him out that they cheated. Then he springs a punchline insulting Garcia. There is another scene where Garcia throws a fit saying he is a Mexican and he understands the pressures. They are basically accusing him of not being sensitive to the Mexican people. It’s one of his more irate scenes I’ve seen him play. He does and excellent job.

The movie is like a racing film in that there is a goal and despite tons of setbacks, the race ensues until the end where the elusive prize is won. For anyone starting school, college, a new challenging endeavor of any kind (but academic would probably receive the most benefit) this is an excellent motivation tool and source of inspiration. As a teacher, this is one of my favorite films but it ranks up there with any other movie I love. I’d put it in my top 10. So if you’ve never seen this “based on a true story” film, I highly recommend it to you. It has something for everyone and it affects you in a very banal way. If you don’t walk away after watching this in a more positive mindset, I think you need to rewind it and watch it again, you probably weren’t paying attention ese.

Teachers use devices to get kids writing. This is the method I’ve found most useful in my 17 years of teaching. Today’s blog prompt is below. 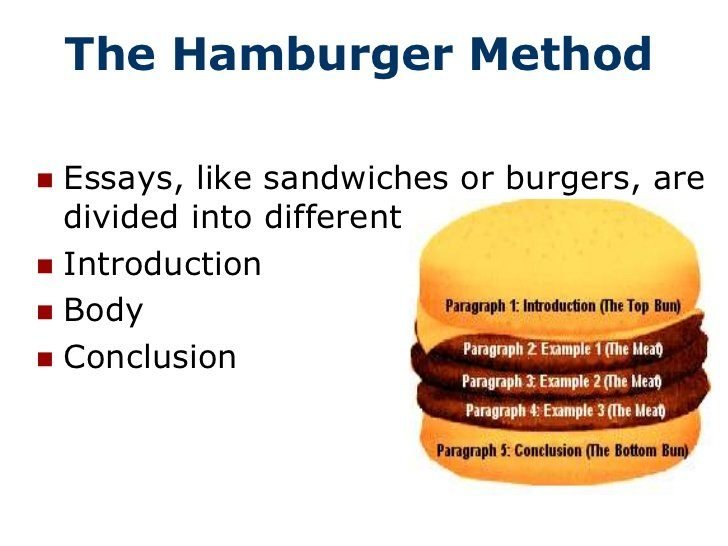 As a fourth grade teacher, I teach many things in a given year but the most exciting for me is teaching writing. A lot of kids and adults don’t like writing so this presents a special challenge for me. Not only do I want them to have the tools to be able to write but also the enthusiasm and love for writing as I have. Through the years I’ve gathered some excellent teaching tools. The hamburger method is my favorite for teaching writing.

The key element I teach at the get-go is that the title should be written last. That flies in the face of all chronological thinking but there is sound logic behind it. How can you introduce something that doesn’t exist yet? Doing a hamburger outline helps to this end. You come up with your three paragraphs. For example here is an introduction: Mr. Riley is a nice teacher, smart, and helpful. Then each of those becomes a “patty” on the hamburger. You need only to add reasons and details for each of the three paragraphs.

Your introduction is already written. The conclusion is just the intro restated like, “So, as you can see (insert intro here).” With just a little fill in work, you can make a 1-2 page paper out of this hamburger method. Try it with your kids if you like. We all need as many tricks as possible to be productive writers.

I’d ask a sculptor to carve a “union Strength” arm to represent my 2015. For #ThrowBackThursday I’m reposting this article from my teaching website I wrote in January 2015.

In response to The Daily Post’s writing prompt: “Immortalized in Stone.” Your personal sculptor is carving a person, thing or event from the last year of your life. What’s the statue of and what makes it so significant?

I am involved in my teachers union and I have to say it is a challenging endeavor sometimes. You are sending out the message that your troubles are the fault of the district. As someone who is always trying to not blame, and failing most the time, I sometimes struggle with this. Unions, like any political organization, can fall into the trap of dehumanizing the district employees. In my district, we have over 300 teachers and about 6 district employees making decisions that affect parents, students, and yes, teachers. My goal in my union is not to attach people but rather show the value of a union. Parents in my district value teachers, they show that by their numbers when they come to our meetings and get involved in organizing with us. I want to be a force that helps their families and specifically their children. Name calling and blaming will only get people riled up for a moment. To gain real buy in from parents, we need to show them what’s in it for them. END_OF_DOCUMENT_TOKEN_TO_BE_REPLACED