Mysteries are great. I love when I piece together significant things to paint a picture of the end. The Changeling is one such movie and a true story. 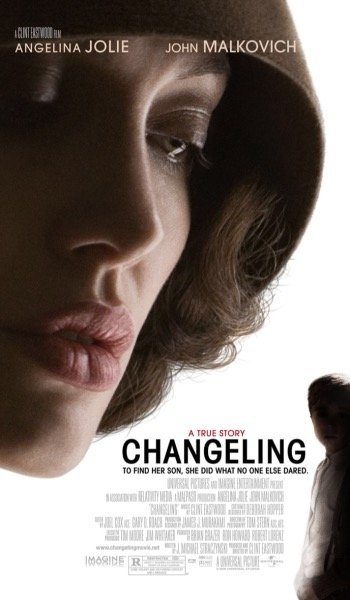 In the early days of Los Angeles, there was some intermingling between police and mob business. You see it reflected here. Beyond that, the police department was responsible for some really shady stuff on its own. This story chronicles some of that. I really liked the vintage cars and costumes, what I didn’t like was seeing such corruption from the very people who are supposed to protect and serve. We ca only hope times have changed since then.

The rest of this review may contain spoilers

Angelina Jolie’s character loses her son one day. By that, I mean she comes home and finds her 10-year-old missing. She naturally calls the police and a search ensues over weeks. At this point something so bizarre and unbelievable happens. Flabbergasted viewers must remember: this is a true story.

The police call her saying they have her son when in fact it is clearly not her son. She tells them so but they insist. It even gets so pushy on their part that eventually they have her illegally committed to a mental ward.

This is one part of the film. The other is woven as a texture and it involves the real fate of her son. Why the police pull this odd switcheroo on the mother is never completely revealed but I would figure it had something to do with PR in a pedo/murder case that they are making no progress on. They wanted the press to show progress so they did what they did..

After some really good drama/thriller stuff, the location of the pedo is found. We surmise Walter was killed there. Then the film begins to really feature Malkovich. He plays the preacher in a local church with a lot of political complaints. He is really her only hope when the police turn against her.

All in all, this is an amazing thriller with a compelling true story-line. All the acting is great and the costumes/props are vintage to a fault. I recommend this film for fans of the major actors in it as well as for fans of the thriller/crime genre.