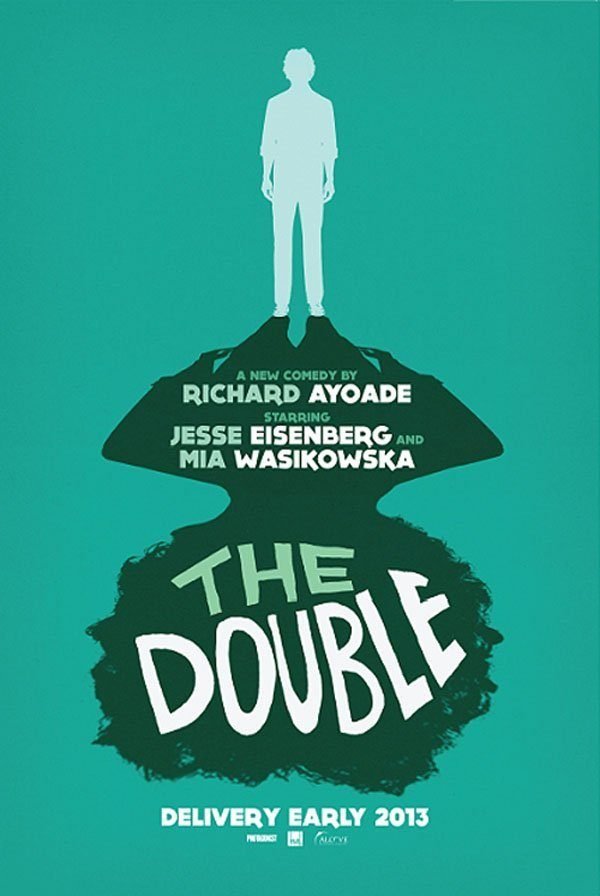 A clerk in a government agency finds his unenviable life takes a turn for the horrific with the arrival of a new co-worker who is both his exact physical double and his opposite – confident, charismatic and seductive with women.
Director: Richard Ayoade
Writers: Fyodor Dostoevsky (novel), Richard Ayoade | 2 more credits »
Stars: Jesse Eisenberg, Mia Wasikowska, Wallace Shawn

The director Richard Ayoade shook Hollywood with the British film “Submarine.” That was a thoughtful tale set to celluloid quite effectively. I was entertained. But for my money, this one is much much better. I hope to see more from this guy. I have a lot of respect for his choice to interpret a classic novel in this unorthodox yet shimmering way.

This film has two actors who I also respect greatly: Jesse Eisenberg and Mia Wasikowska. Both actors are “in their element” and it’s a pleasure when they grace the screen. There are a host of other actors who make this story vibrant but they definitely make it shine its message with their excellent acting.

Punching a time clock every day, a clerk seems to not be recognized at the beginning of the film. He spends the spanse of the film trying to figure out why. He feels as if he has been erased somehow. What a fitting sentiment for us in 2017. There is another though. I saw it as the alter-ego. He gets all the chicks and promotions but something is wrong. He isn’t real. Who he is makes an amazing group discussion if anyone wants to start on here. I would jump in head first.

The lighting and props are so odd in this film. It’s a delight to be transported back to an undefined time as a cog in a machine The music is excellent. There are times in high suspense when a piano is driving bass notes. That worked so well. Watch it for an odd but stimulating cinema experience, and if you want to find out the right way to jump off a building and live.