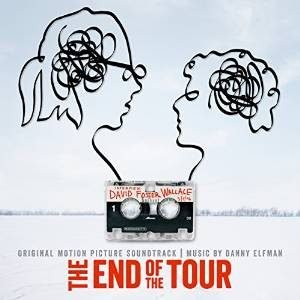 I just think that to look across the room and to automatically assume that somebody is less aware or that their interior life is somehow less rich and complicated and acutely perceived as mine, makes me not as good a writer.

Because it means I’m gonna be performing for some faceless audience instead of trying to have a conversation with a person. 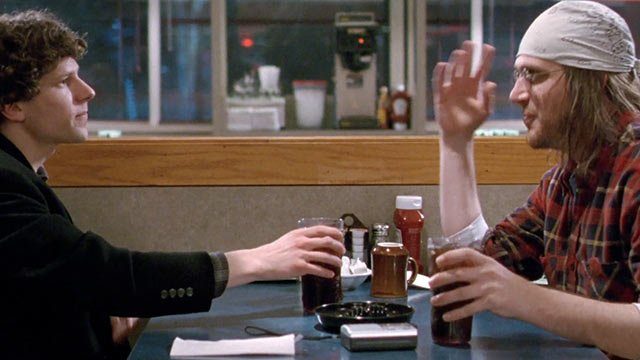 Title: The End of the Tour
Genre: Drama
MPAA Rating: R
Year: 2015
Director: James Ponsoldt, known for “The Spectacular Now”
Top Billed Cast: Jesse Eisenberg, Jason Segel
Brief Synopsis: A famous author, cloistered away teaching at a small college, is interviewed for Rolling Stone along a 7 day book tour.
My Word to the Wise: I loved this movie. It’s based on true events. David Lipsky, a reporter for Rolling Stone, seeks and is granted an interview with bestselling author David Foster Wallace. The 7 days are spent with Wallace doing his everyday routine and Lipsky staying as his guest, recording all he can about the popular enigmatic author. The movie showcases the words of Wallace, revealing their genius. I want to read everything he wrote after watching this. It moves at a slower pace than some bios or literary focus films, so some will be put off by that. But for those who can set aside the running time to take in this film, you will gain wisdom in life and especially in writing.

Wallace passed away in 2008 and Lipsky used his extensive tape recordings and notes to create this film in 2015. We are left with a golden piece of film as literature. We see not only the genius of Wallace but the large size of his heart that was largely hidden from public view. I highly recommend this film for the reasons I have stated. Because it may not appeal to all moviegoers due to it’s slow, almost documentary pace, it lost a star with me. Some of the quotes, like the ones in the excerpt t the top of this review, could have been accented better as well, possibly by a change of location. Most of this film takes place in cars and airplanes.