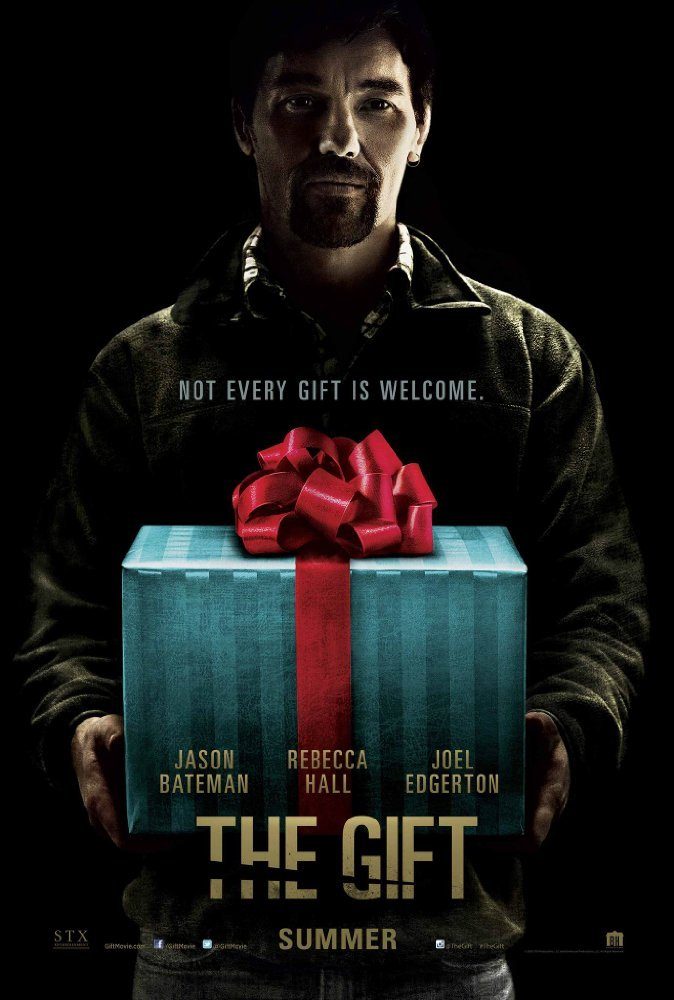 
The gift isn’t much of a gift at all. The gift to me was when I discovered Joel Edgerton is not only Gordo, the creepy stalker in the film, but also the writer/director of the piece. Wow! He certainly does a great job. Most directors might gravitate toward a role in their film that is endearing to the audience, Gordo couldn’t be any further from that sort of character. Things that go bump in the night can usually be explained away. If you were in Simon and Robyn’s case, you might find out your explanations are incorrect months or years later. So what were those creepy bumps for Simon and Robyn? Edgerton’s script shows they are part of a larger, much darker, horrific beyond an R rated gift. You’ll be surprised at the twist.

Robyn and Simon have just moved in to a posh 60’s retro home and are settling in as a married couple. They receive numerous visits from Gordo who says he knew Simon in High School. We get the feeling their relationship was more ominous in nature than it appears to Robyn, who Gordo starts to form a platonic relationship with. Through a course of events, the film becomes a typical stalker thriller but eventually sets itself apart as a very clever, well written, and telling “human nature” account of who everybody “really” is (not just Gordo).

I really liked “The Gift” because I enjoy psychology. As the tale unravels we actually see perspectives we aren’t meant to see. The obvious hero is far from it and the villain, while never a hero, becomes someone we can empathize with, though never fully. I thought the cast was amazing and the story really stays with you because of their performances. Jason Bateman does a great job in this thriller whereas he usually plays comedy parts. He can do a variety of roles. It’s a perfect thriller but I thought it did take too long developing the story. I think it’s over 2/3 of the way through before the typical stalker thriller stuff ends and you get into the genius of the film. For that reason it lost a star with me. Watch this creepy fun movie, I recommend it.