This film starts out with the cliche haunted house theme. Soon however, the plot picks up. Emily Goss shines in this one. Plus there is some original, scary material here for horror fans. 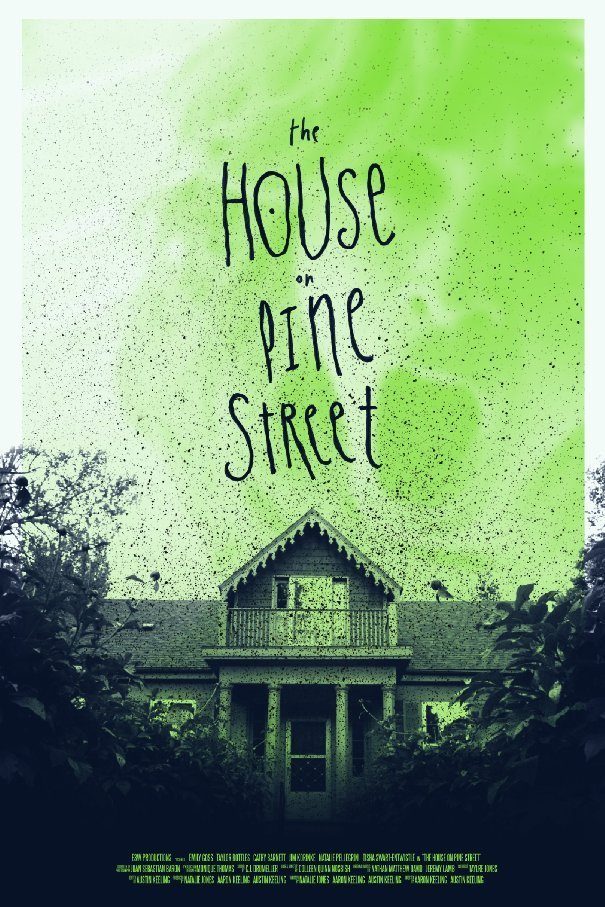 I’m of the opinion that the haunted house theme, while cliche, is a really cool one for a horror movie. The tricks these days is to make it original in some way. “The House on Pine Street” (Pine Street) does that very well. Jennifer (Emily Goss) is pregnant and she and her fiance are moving into the house the the beginning of the film. As she looks around in disapproval, the spooky sounds foreshadow scary events are coming.

We get the idea they are a new couple moving in to a new life together in the house but as the dialog unravels and strange things start happening, we realize something different about the couple. Jennifer expresses her dislike of the town and the house and Luke (Taylor Bottles) seems very happy there as he tries to get settled in his new job. Incidentally, he is very nice to his mother in law Meredith (Cathy Barnett.) I suppose ou could call him son in law of the year.

Meredith is a very strong and odd character in the film. She is Jennifer’s mother and this is her home town. There are lots of scares here and there but nothing is really explained and expanded until the last 1/4 of the movie. As a horror movie, it makes the grade. The only thing that put me off a bit was how it took so long for things to start happening. I think they told the backstory too long. I really enjoyed the ending, not what I was expecting at all. I think horror fans will like this film for it’s creepiness. There isn’t much blood or gore but we see what energies in people (and houses) can do, it’s pretty scary.

2 Replies to “The House on Pine Street”