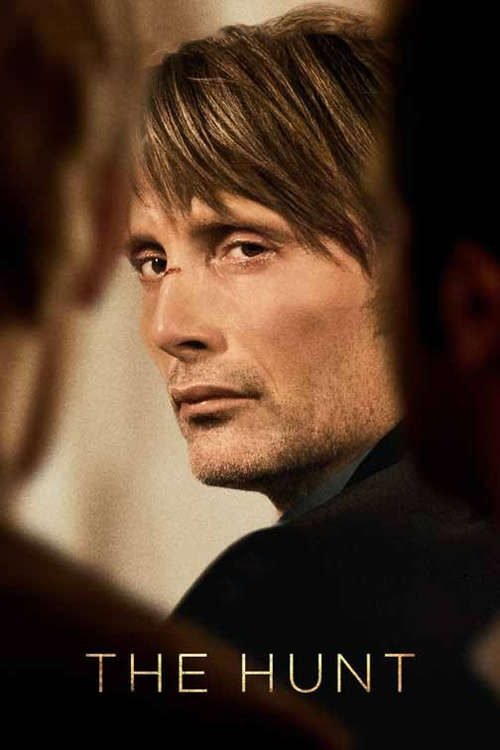 The Salem Witch trials show us how the mob mentality can mindlessly harm a victim. The Hunt shows us what the mob mentality does to a good man when accused of sexual abuse. Even after the very child admits it didn’t happen, the stigma and prejudice remains. Are there some wrongs to reputation that can’t be righted?

The mind of a child is a wonderful thing but who can know it or analyze it. Some of us told fibs when we were kids and sometimes they had consequences. Sometimes kids say things for attention that amplify elements of the truth to make a new lie. This is usually innocuous as part of the process of growing up. Sometimes however, the innocent lies of a child can kill.

In The Hunt, Lucas played by Mads Mikkelsen, is a kindergarten teacher. This is somewhat out of the ordinary, in this country anyway, because usually men aren’t teaching this age. He appears to be likeable and the kids feel comfortable around him. One day, however, that changes. Klara, played by Annika Wedderkopp, kisses Lucas on the lips.

He scolds her and says that is only for mommy and daddy. For all intents and purposes, he does everything right but that can’t stop the tsunami of trouble that comes his way. Klara shares that Lucas did lewd things to her, revealing his genitals. The movie consists of Lucas being accused and never being forgiven by the town. It’s all presented in heartbreaking realism. At one point, Lucas cannot even buy food at the local grocery store because the manager has banned him. This is after Lucas has been exonerated by the police investigation.

Lucas is having a lot of trouble in this film. Before the sexual accusations occur he is an a match with his ex-wife to get partial custody of his son who is an older teen. Lucas’ son is the most reasonable person in the whole town. He screams at the people who are trying his dad in the streets without having all the facts. He even spts in the face of Klara in the presence of her parents. The bottom line is that he loves his dad and believes in him in spite of the virtual sentencing the town has forced upon him. hunt_There is some forgiveness but throughout the film and in the last scene especially, on a hunt, we are led to believe that Lucas will never be safe as long as rumors remain. This film lost a star with me because it didn’t develop the relationships at work and with friends enough. It seemed illogical they would respond this way.