“All of this could have been avoided.” -Mr. Gale

Let me start out by saying this is a horror film but not in the broad sense. It’s full of violence and only those who are fans of the violence/horror genre will likely enjoy this film. Just wanted to stress that up front. Considering that, I dug it! 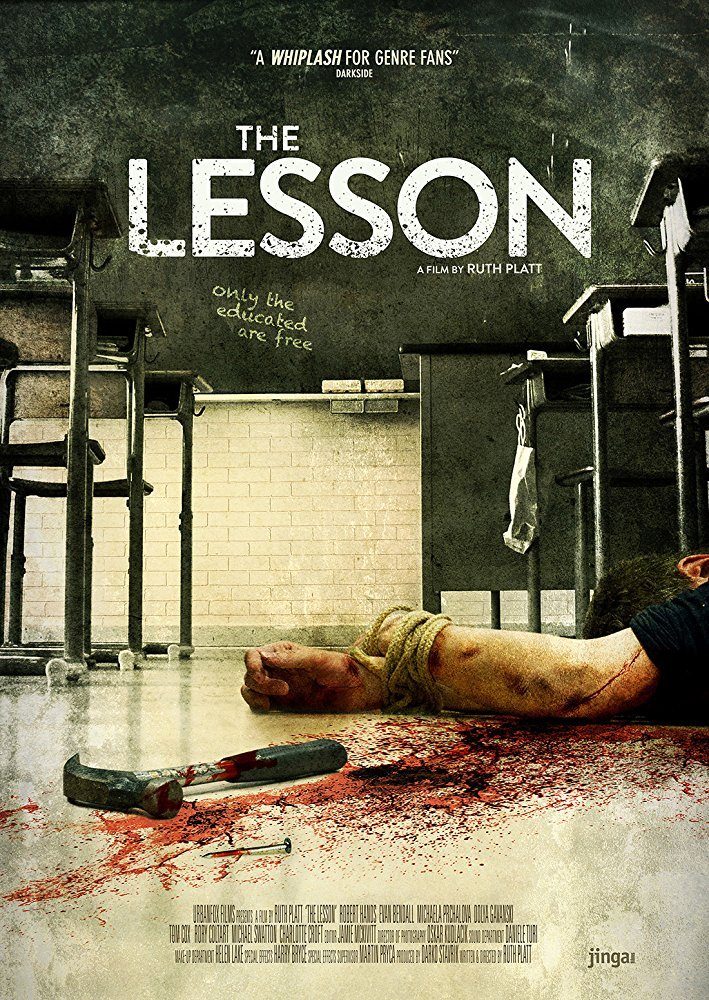 This is a great horror film from the UK. The story surrounds a group of juvenile delinquents an their teacher. He’s trying to teach them but they just won’t have it. There is a sie story going on but it really just detracts from the main story I have described. Fin, a 16 year old hooligan, lives with his big brother and the big brother’s girlfriend, Mia. His life at home is brutal and makes his existence as a hooligan make some sense. Still, everyone has challenges. What makes a 16 year old go over the edge and vandalize his teacher’s car with a knife? That’s what he does along with his hooligan buddies.

The editing and camera work is very well done, especially in bloody scenes. We get a feel for Fin’s neighborhood and school. Make no mistake, it isn’t cozy or warm by any stretch. The setting is Fin’s home and school. We get the idea very quickly he doesn’t want to be at either. I sympathized with Fin. He didn’t have a mom or dad to seek advice from and his brother is a class a d***. At any rate, he goes too far one day.

The rest of the movie is the concept of kidnapping and torture. In this case it’s by a teacher. Mr. Gale does a great job as the monster villain. He brings Fin and his counterpart to a secluded garage and commences “The Lesson.” It’s a bloody barrage of hammers, nails, even nail guns, intertwined with the lessons of government and human nature through recorded time. Teacher and students are at their best. Unfortunately for Fin, he’s not fast enough for the high school teacher. Mr Gale does a lot of stuff to him, I leave the rest for you to see for yourself.

There is something like a twist you may not see coming at the end. It’s well written. This film was especially cathartic for me being a teacher of course. While I’d never go this far, I’ve often wondered what it would take to get certain delinquent types to become more focused. We all know students like that think. Thankfully, I don’t know of any teachers like this.  Mr. Gale is completely snapped, he has no remorse for what he does. It’s horror … remember that 2 word sentence before analyzing it, “it’s horror.” It lost a star with me for the home side story, I didn’t think it was necessary and it made the movie drag on a bit. Considering that, I gave it 4/5 stars. I recommend it to fans of the genre.