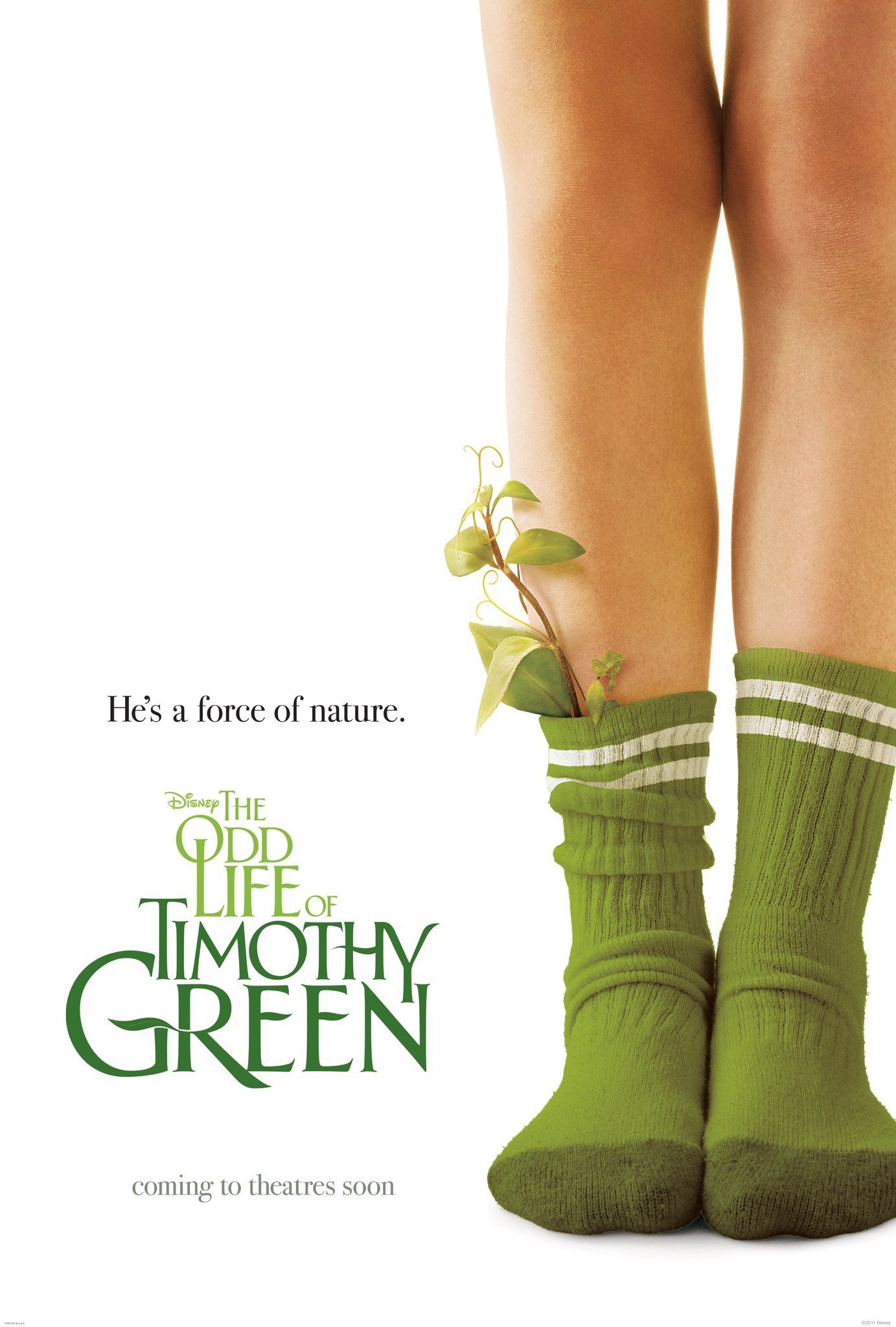 The Odd Life of Timothy Green is a film directed by Peter Hedges, known for directing Dan in Real Life and About a Boy. It stars many new and established actors such as Jennifer Garner, Joel Edgerton, CJ Adams, Odeya Rush, Shohreh Aghdashloo, and others. It’s a Disney film so the casting directors clearly spared no expense finding talent to cast this story. This family film, while not necessarily for kids it does have a PG rating, is a refreshing detour from recent bombastic releases of the same year like Batman and Battleship. By using an unreal hero in much the same way Forrest Gump did, The Odd Life of Timothy Green manages to show us the best parts of our humanity as well as those in others.

Mrs. Green, played by Jennifer Garner, and Mr. Green, played by Joel Edgerton, really want to have a child but alas, it isn’t possible. The beginning of the film shows the futility of their desperate quest to have a child. They start out in the film being interviewed for something, we don’t quite know what right away. It turns out they are interviewing to adopt a child but their story reveals they have already had a child. Timothy Green, played by CJ Adams, portrays their child with a mysterious origin. It appears he was in their lives only for a short time to teach them that “they [are] enough” as parents. His character is a wonderful combination of fantasy and realism.

The Greens tell the story of how Timothy came to be, which is not in the usual way, and what they learned from him while he was there. Finally, there is a tear-jerker conclusion that brings their story to a climax and leaves us back in the beginning interview. The ending is spectacular. There is nothing hard-to-get with this movie. You know early on what is happening yet you enjoy watching it play out. There were a few twists here and there I didn’t see coming but I guessed about 97% of the movie. Normally that would mean it was boring, it was far from that. My interest was piqued throughout and this movie bears testimony that Disney can still tell a story better than anyone.

In conclusion, The Odd Life of Timothy Green is a sweet story set in an American background that tells us about our own humanity. For me, it fulfilled the definition of a great movie. Much like the Greens, we all want something for ourselves that we can love, like a child. The Greens learn that the good in them can and should be shared with or without a child. They learn that they matter in their circle of friends and family. When Timothy arrives, everyone takes notice and when he must bid farewell, everyone is sad but not destitute. Like the Greens we the audience are left better for having known him.

3 Replies to “The Odd Life of Timothy Green”