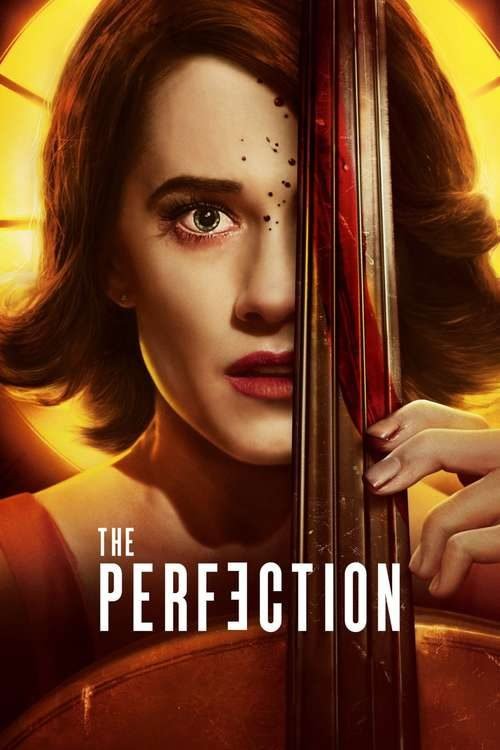 There’s a lot going on here in this Netflix horror, not much of it makes sense until the end. Perfectionists are sometimes born that way, other times they are bred. There are musicians here that are indeed perfections. 2 in fact are celebrated in the field of cello and they play together as beautifully as can be. But perfectionism has its faults. As this film reveals its layers we find the answers to its questions, not always as we expect.

Our director is Richard Shepard, an Emmy and DGA award winning writer/director. His features include “The Perfection” “Dom Hemingway” and “The Matador”. He directed 12 episodes of the Golden Globe winning HBO series “Girls”, along with pilots for “Zoey’s Extraordinary Playlist” “Criminal Minds” and “Ugly Betty” for which he won the 2007 Emmy.

The protagonist is played by Allison Williams of “Get Out” fame. She does a great job, far better than she did in “Get Out” in my opinion.

It’s an excellent plot, very engaging. The film suffers when parts drag on unnecessarily. I’d say about half the scenes are overkill and overlong. Still, the film keeps you guessing and the reveal at the end is a fitting twist to the “perfectionist” theme. It’s a duet not many will forget 😉 I’m not a big fan of the protagonist and the overlong scenes made it lose points with me. I do recommend it though.