It’s easier to believe the Purge when the masks are on. That’s when the magic of the film happens. It’s violence and fun and … yes, election year! 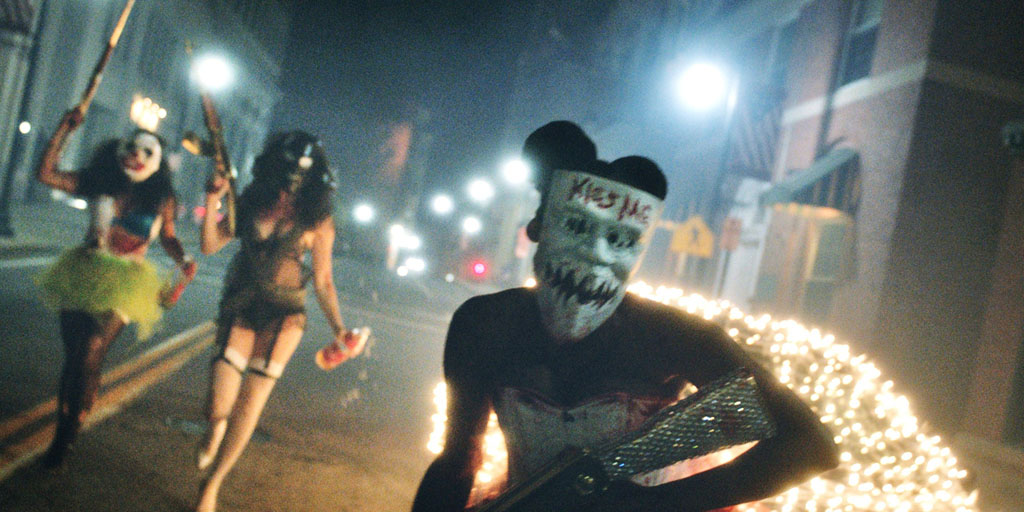 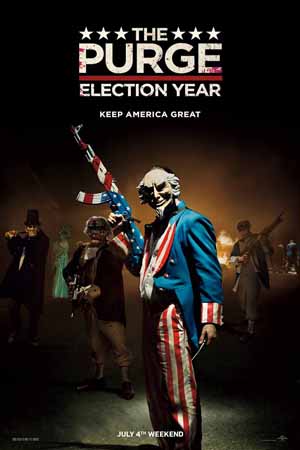 I rate a movie based on what genre it says it is. This makes horror movies tough because the genre is not cut-and-dry like the others. If horror is scares that produce a negative reaction such as fear, shock, sadness, etc. then The Purge: Election Year is more thriller than horror. Because it advertises as horror and produces few scares, it lost a star with me. Having said that though, it’s a pretty good thriller. Frank Grilli is back as Leo Barnes from the second film of the franchise. His son was killed in the Purge and now he has become the special security for a congresswoman running for President, Senator Charlie Roan played by Elizabeth Mitchell. The senator witnessed the brutal execution of her entire family in a Purge and as a result is running for President to use an executive order to end the Purge.

On the inner city front, Mykelti Williamson plays shop owner Joe Dixon who has just lost his Purge insurance along with millions in the city. The companies pulled out at the last minute offering continued coverage but only for impossible sums. The result is that many low to middle income people are vulnerable to the Purge. We saw this in the first two movies as a theme of the wealthy vs middle class. 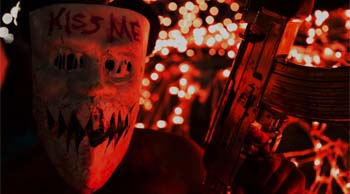 The plot continues to a full on battle to keep the Senator safe. She is the hope of the middle and lower class to end the Purge. I started watching this franchise thinking what it could mean, because it’s not a movie to be taken at face value. Now, after the third installment I find the purpose and message of the film more muddied.As with the first film, I think an important message is to love your neighbor and not shoot his brains out with a shotgun, There are subtle things to take out of it too but few thrillers focus on morality and even less horror films do. It’s action packed and there is some vengeance play that’s fun to watch. This is a well made movie but the masks were under utilized. Finally, it comes up short on scares for a horror movie.