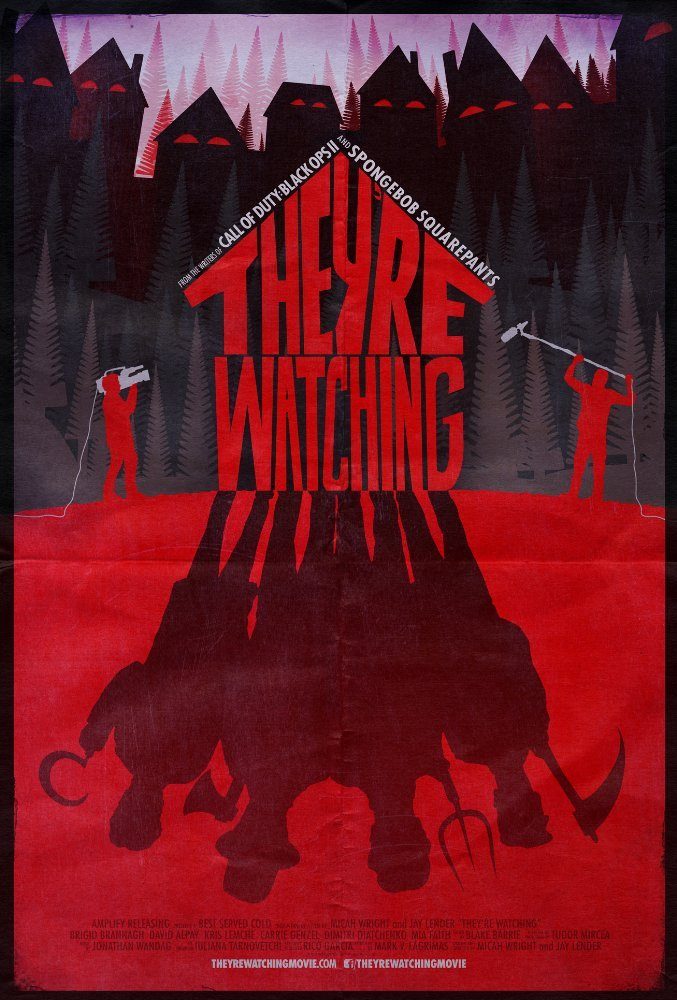 I think the found footage genre became hugely popular with the kids born from 1980 and after. I know most my friends my age don’t enjoy. I’m from 1969. I mention this because I just found out bot the directors were born the same year as me. That was pretty cool to se. That, and that one of them is hugely successful having worked on Spongebob Squarepants and yet doesn’t seem to work out (just as I don’t). I feel such a kinship here. That’s why I’m surprised these two show the love for the found footage genre in their film so god damned much! It is indeed off-putting. Imagine expecting a horror with some comedy based on what you read on IMDB only to find a film that resembles a mock tv reality show. I swore I was watching Joe Schmo several times. By the way, if you haven’t seen the mock reality show Joe Schmo, you’re missing out, go take care of that right away.

In this case however, the actors just aren’t that good and the script is way below them, if you take my exaggeration. I got the idea I was being duped by a very low budget, not-well-thought-out B movie by about 30 minutes in. Something did eat at me to see the ending though and I’m glad about that. While the journey is long and laborious, the ending might be considered a masterpiece by some film reviewers and movie nerds. You can count me in with those. Nonetheless, it’s grandiose surprise entrance at the end really doesn’t justify the hour and half I had to sit through to get there. I don’t get it. Thee guys are not first-timers. How could they create such a thing?

The premise is that an American home improvement show goes visiting an old house in an old place in a far-off place somewhere in Eastern Europe. It’s a place that feels like stepping back into the scenes of Dracula’s castle. It gets stupid with drinking and partying my the crew for a long time. There are predictable allusions to what will happen next, I was right about every one. I’m sure you would be too. They are somehow connected with a woman the town is superstitious about and pretty soon it all starts to loo and feel like the Blair Witch Project. ‘Nuff said.

Final thoughts
Found footage is a mixed bag. It either works to build a plot and suspense or it falls on its face looking trendy and contrived. I would not say it doesn’t work here but the acting is so staged it feels like it fails. It’s almost like these actors are so desperate for work they will give you their all. It was a fun diversion but I wouldn’t let it take the place on your watchlist that could be reserved for better films. It’s not that great a film but I did enjoy the conclusion. I think 98% of the budget might have been spent to make the ending. It must have been a blast to film. If anything sounds interesting, it does have some novel comedy value. No horror though.