This was a oddly enjoyable multilingual experience. It has comedy, relationship drama, and a surprisingly large amount of nudity! While it may sound hard to believe, it’s all in there and it works to make this an amazing film. 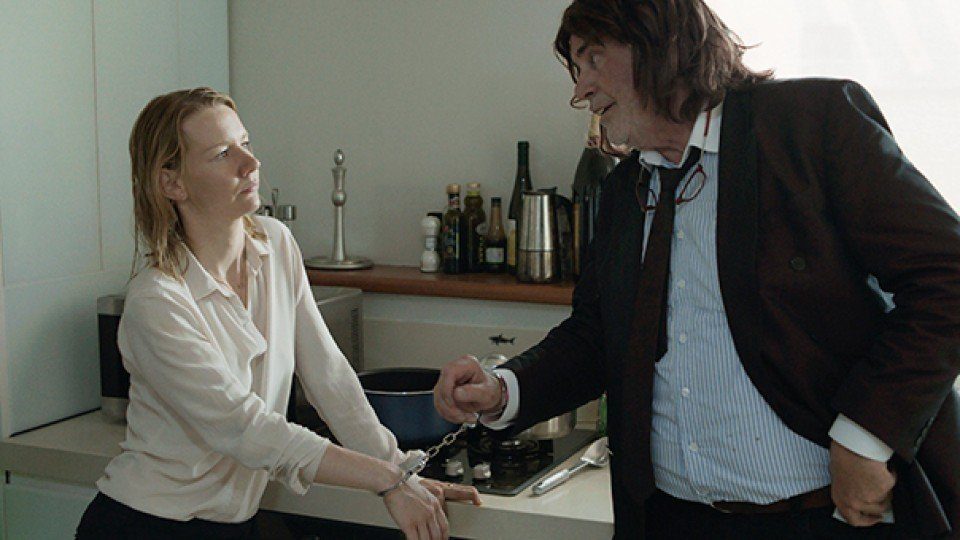 I’m giving subtitles more of a chance and with this film, I sure am glad of that. This is one of the funniest films I’ve seen in recent years and it’s filled with relationships and real people to make the 2 hour running time go quickly. Oh, and then there’s the nudity. It supports the comedy well. It’s not Benny Hill by any means, in fact the nudity jokes are actually intellectual in fact.

Ok, now that I’ve piqued the interest of pervs out there like myself, I’ll get into the plot.

Toni is a retired guy in his late sixties, maybe older who is constantly playing practical jokes on people, especially his family. He’s played by a powerful actor with goofiness and finesse. The film is about 2/3 in German so make sure you can give the subtitles your full attention. One of his gags early in the film concerns the impersonation of his “brother” who ordered unmentionables. His daughter is a workaholic and after having been retired, he sets himself down the road of reconnecting with her while she is at work. The results are quite hilarious and at times very touching.

Final Thought
This is a diamond in the rough that I have missed for a while since I up to now haven’t liked watching subtitled films. When I decided to give it a shot, I was very pleased and realized the subtitles were not a hindrance at all. The comedy is top notch and sure to bring a belly laugh. The relationship between father and daughter is also a very touching story and worth the watch as well. The nudity towards the end is laugh a minute. I can find no fault in this film, for that reason I highly recommend it to all.