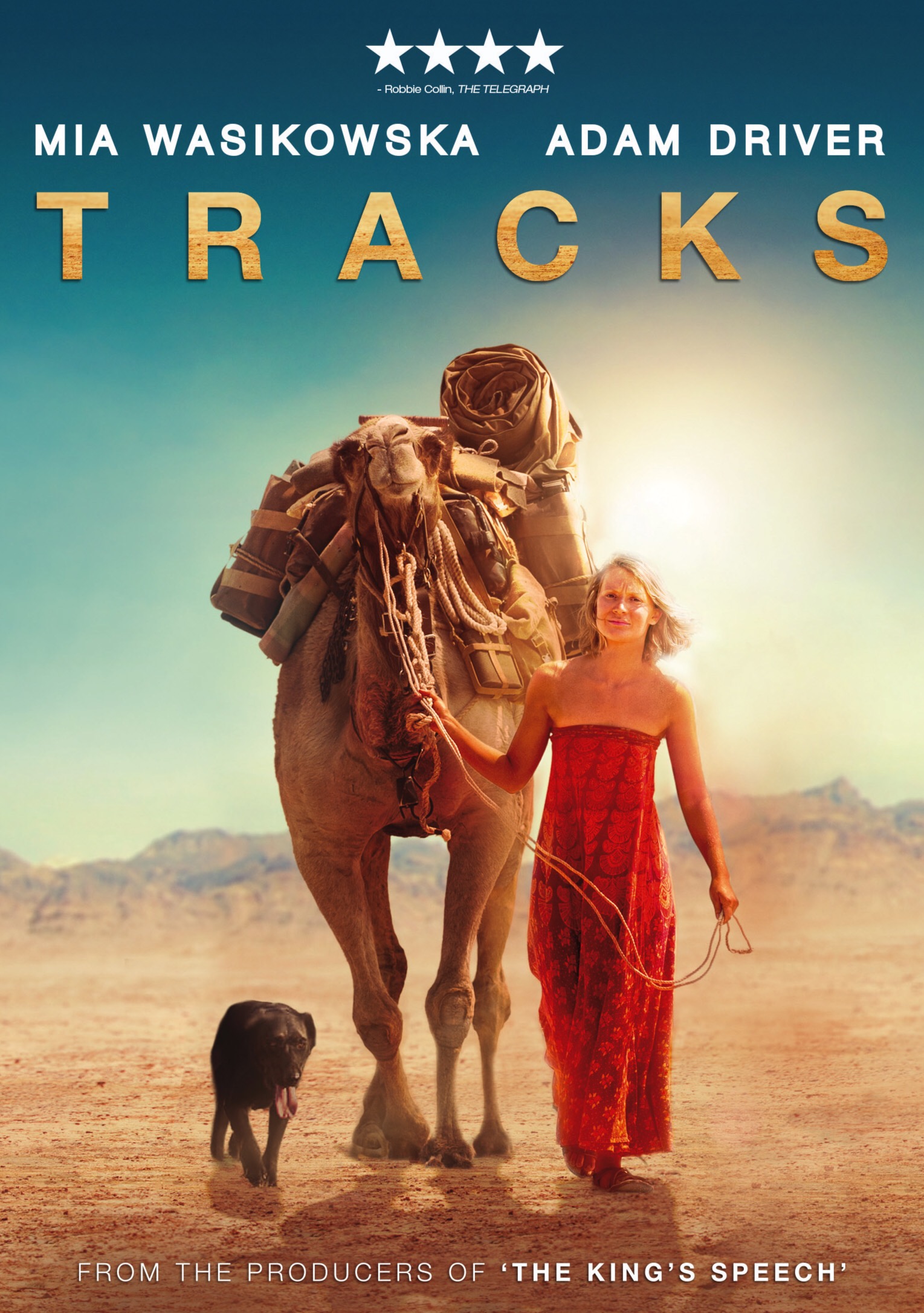 Title: Tracks
Genre: Adventure, Biography, Drama
MPAA Rating: PG-13
Year: 2015
Director: John Curran, known for “The Painted Veil.”
Top Billed Cast: Mia Wasikowska, known for “Alice in Wonderland,” Adam Driver, known for “Star Wars VII: The Force Awakens.”
Brief Synopsis:This is a true story of Robyn Davidson, a woman who went on a 1,700 mile walk with camels across the Australian desert. The movie is based on her book.
My Word to the Wise: This is an adventure but not in a Hollywood sense. Some time and patience is required to get the gold nuggets this film indeed has.

Robyn’s journey made very little sense to me at first. She goes through years of preparation just to show that “ordinary people can do extraordinary things.” There is no inner dialog, no traces of why she is doing this. I think that would hae made it a better film but it is flawless besides that.

Girl power! In the 1970’s, the women’s movement was trying to show that women can do everything men can. By the late 1990’s this waxed and waned. Women had already proven it and they had the equal heart attacks and psychiatrist bills to show for it. Many women have now opted to be “SAHM”‘s. It’s important to remember this was less a choice and more a life sentence in the 1950’s and 60’s.

Robyn’s journey is her own and her experiences are encouraging to anyone with a dream of doing the extraordinary. Oh yeah, and the guy from Star Wars, Han Solo’s son, is the Nat Geo photographer but he really adds nothing to this amazing film.

One Reply to “Tracks”