This is a film when people told me it was great I had doubts about. I had to just sit without distractions and read the subtitles. So many foreign films are that way when you really stop and give the translation your reading attention. Furthermore, despite its “found footage” motif, the cinematography and cgi is spectacular. It took my breath away several times. Included in Netflix, $2.99 on Prime Video. 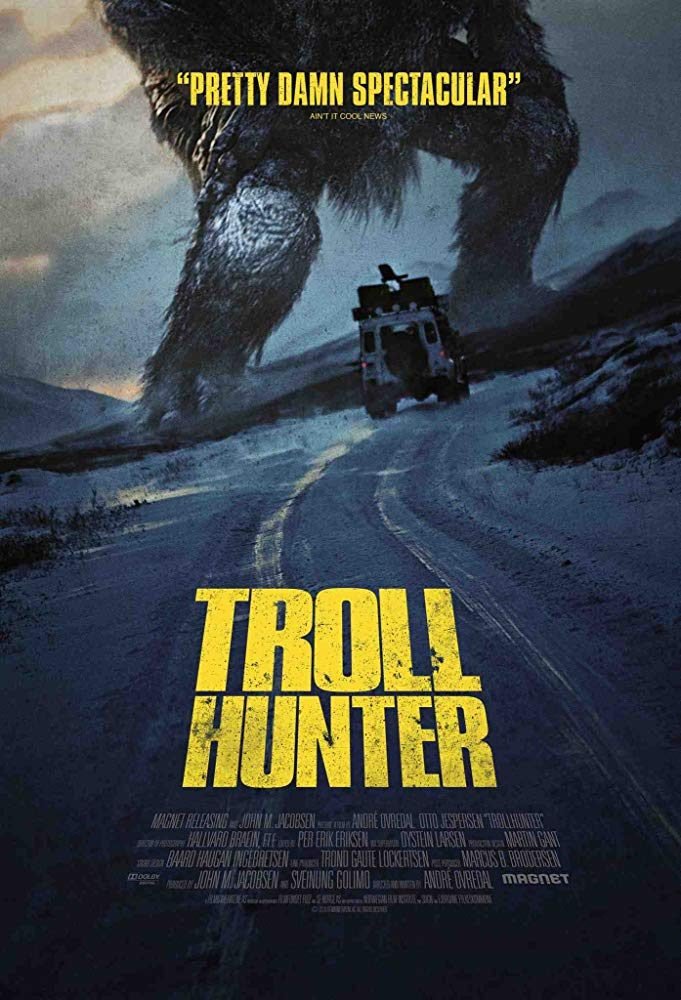 A group of students investigates a series of mysterious bear killings, but learns that there are much more dangerous things going on. They start to follow a mysterious hunter, learning that he is actually a troll hunter.
Director: André Øvredal
Writer: André Øvredal
Stars: Otto Jespersen, Robert Stoltenberg, Knut Nærum

Director and writer is André Øvredal. He is known for his later work “The Autopsy of Jane Doe.” That film is a masterpiece as well. He uses what you don’t see in the frame to make you curious. By showing less, he creates more in your imagination. I expect more amazing things from this man, he is a dynamic director to keep an eye on. Also, you should see “Autopsy …” if you haven’t yet: it’s stunning.

The story is a lot of fun. I’d put it on par with an Indiana Jones tale. The haggard Troll Hunter unwittingly has to take two nosy teenagers under his wing. The kids are set to expose the secret that there are trolls in the Norwegian countryside. When you see the trolls, they don’t look fake at all. They appear and all the folklore you’ve heard up to that point seems logical, real. I mean it when I say I got sucked into this film to the point where I believed these Trolls were parts of nature.