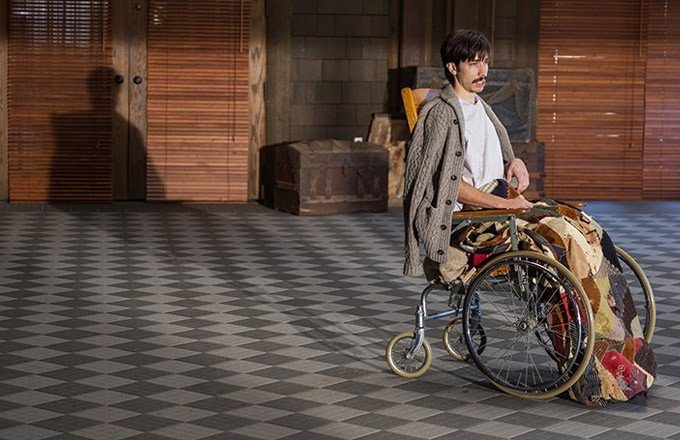 A brash and arrogant podcaster gets more than he bargained for when he travels to Canada to interview a mysterious recluse… who has a rather disturbing fondness for walruses.
Director: Kevin Smith
Writer: Kevin Smith
Stars: Justin Long, Michael Parks, Haley Joel Osment

I’ve talked about this film for well over a year but have as yet to review it on my blog. Here goes:

Kevin Smith has carved out an etched name for himself in the film world. Most film students will tell you about Clerks, his cult fame status film about some deadbeats who keep a store staffed, albeit half-aware. We all worked those types of jobs and/or some still do so it’s highly relate-able. Besides that, there is a undefinable quality to it people can only attribute to Kevin Smith as director. Red State is another film that people are ready to line up and give blood for. His influence on film is undeniable in my mind. He tried horror with Tusk and he went way out at that. It’s unlike any horror you’ll see in that it molds disgusting, repellent body horror images with sarcasm and flippant comedy. But there is a third element that doesn’t get discussed a whole lot and that is the literary theme of the sea and its dark foreboding nature toward humans. It’s a bit like Jaws in that way, without a shark.

Justin Long plays Wallace, a despicable podcaster who gathers followers by exploiting outrageous stories. The stories seem to involve the misfortune, maiming, and even death of his subjects. He cheats on his beautiful and kind-hearted girlfriend (Genesis Rodriguez) and overall he is an asshole, and that’s what he’s meant to be.

Michael Parks plays Howard Howe, a retired Navy seaman who lives in a mysterious house and provides Wallace with what was to be one of his biggest exclusives yet. But alas, things are not always what they appear to be. Howe is obsessed with surgically creating walruses from living people and that’s the “guts” of Tusk.

This movie scared the hell out of me when I saw it in 2016. It stuck with me and I have seen it twice since. People either love or hate this film. I happen to fall into the former category. I love the horror and I love the comedy. Make no mistake, they exist at different parts of the film and much of it is no laughing matter. The idea of being abducted and having your body destroyed that way is chilling. At the same time, we have Kevin Smith comedy throughout reminding us of what this is about.

At time of writing this, my podcast Talking Stars is planning to record an episode on Tusk and body horror. I hope you can tune in. Watch the site for more details. After 72 episodes, I’ve never been this eager to do an episode. If you’d like to be on it, let me know.