Woody Harrelson plays a hateful Colonel leading man against monkeys. This is the final installment of the Planet of the Apes saga and it takes you for a rollicking ride that I for one enjoyed a lot! Listen below to me talking about it on my podcast the DRP or just keep reading this text review. 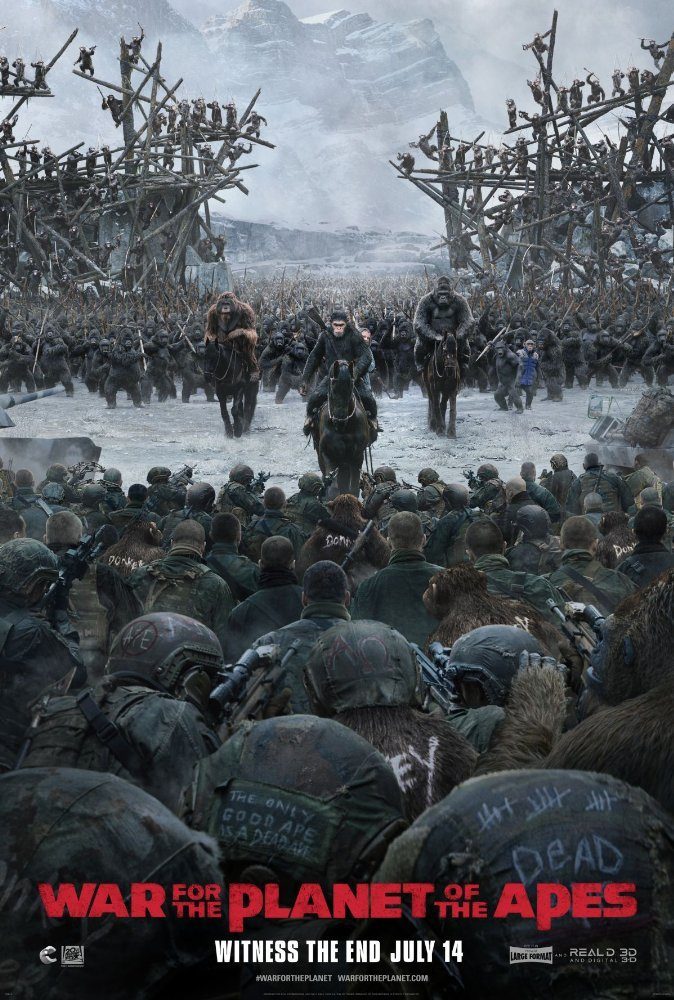 Director Matt Reeves is a little on the “well done” side. He was born in 1966 and created a couple other “Planet” films before this one. When you have Spiderman: Homecoming directed by a guy born in 1981, it’s nice for me at least to see an older, more soulful aged dude working on mammoth projects like this. He had to make a lot of choices, between war scenes and the soulful cgi of the monkeys’ faces. I’d say he did good. I rated this one a 10/10.

The concept is that a splinter military group has broken off from the main one. The group is led by “the Colonel” played by Woody Harrelson. He hates the apes and the “simian flu” virus they initiated so much he will kill them to extinguish it. He will even kill his only son once infected. The flu takes away your ability to speak and degrades you to a primal state.

Caesar is the leader, the cgi is excellent. You start to view him as a real actor playing a role. All the monkeys are this way. Watching their expression is part of the allure of this film. As with all of these films, we learn the evil that humans are capable of. There is some comic relief in a new character called “Bad Ape.” There is tragedy and there is vengeance. The ending is like a fresh drink of water but alas, it is bittersweet.

For fans of the franchise I say this is a MUST SEE. I found no fault in this film. It is the best of this Summer for me, so far.