A dark tale of a family off course and forced to deal with the “Deliverance” style locals. Those parts we’ve seen before but never with a Wendigo. 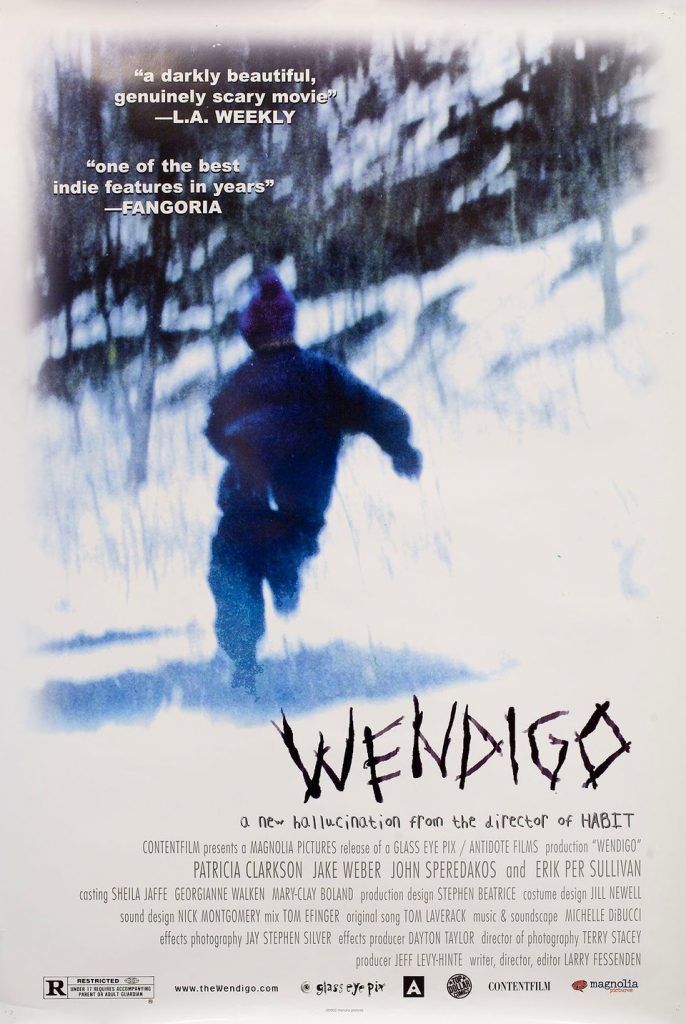 George is a high-strung professional photographer who is starting to unravel from the stress of his work with a Manhattan advertising agency. Needing some time away from the city, Jake, his… See full summary »
Director: Larry Fessenden
Writer: Larry Fessenden
Stars: Patricia Clarkson, Jake Weber, Erik Per Sullivan

If you’re taken in by creepy and eerie, there’s a lot of that here. Unfortunately, there’s a little too much reliance in the plot on the young son and getting hm tucked in so mom and dad can do the nasty. That threw the story off a bit for me. I mean, it’s like figure ut what you’re trying to make: Malcolm in the middle with a dash of soft porn or a monster movie about the Wendigo. The stuff with the locals was effective, it worked well. Even that though could have been made a bit scarier in my view.

Lesson learned: don’t piss off the locals when traveling through a forest area. Do I know anything more about what a mythological Wendigo is? Nope.