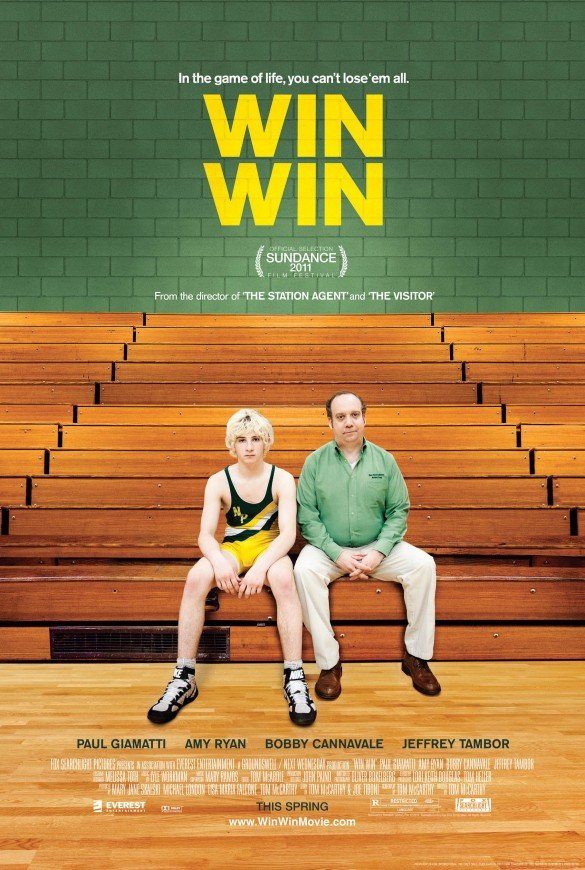 “Win Win” was released in 2012. The film was directed by Thomas McCarthy (known for: 2012 and Meet the Parents). It is about a man who learns that using people to get money is a lose-lose. The acting is excellent and the script first rate. It’s about the choices we make regarding the people we let into our lives.

The story begins as a struggling lawyer, Mike Flaherty (Paul Giamatti), takes over guardianship of his client, Leo Poplar (Burt Young). At first it seems to make sense to make money off Leo. After all, Mike is almost broke and has a family to feed. It appears to be a “win” for Mike for a little while. Unfortunately though, the situation soon goes bad. Leo’s grandson Kyle (Alex Shaffer), shows up one day looking for his grandpa. Kyle has run away from his mother Cindy (Melanie Lynskey) who is a drug addict and Kyle needs refuge from her.

Mike takes him into his own home and finds out that Kyle is a star wrestler. He has a chance to be a real champion, which Mike uses again for personal gain. Things go along pretty smoothly for a while until Kyle’s mother shows up with an attorney, Mike sternly realizes he will gain nothing through taking care of Leo and Kyle. He has to make a moral decision at that point which makes the title Win Win indeed an ironic one.

This is a heart warming story. The characters are real, like the ones on an ordinary suburban street. Are people more important than profits? That’s the basic question Win Win raises. There are slow moments but it’s an entertaining vignette of Mike and the choices he makes.