The 3 lead actors track a killer in this true crime drama. 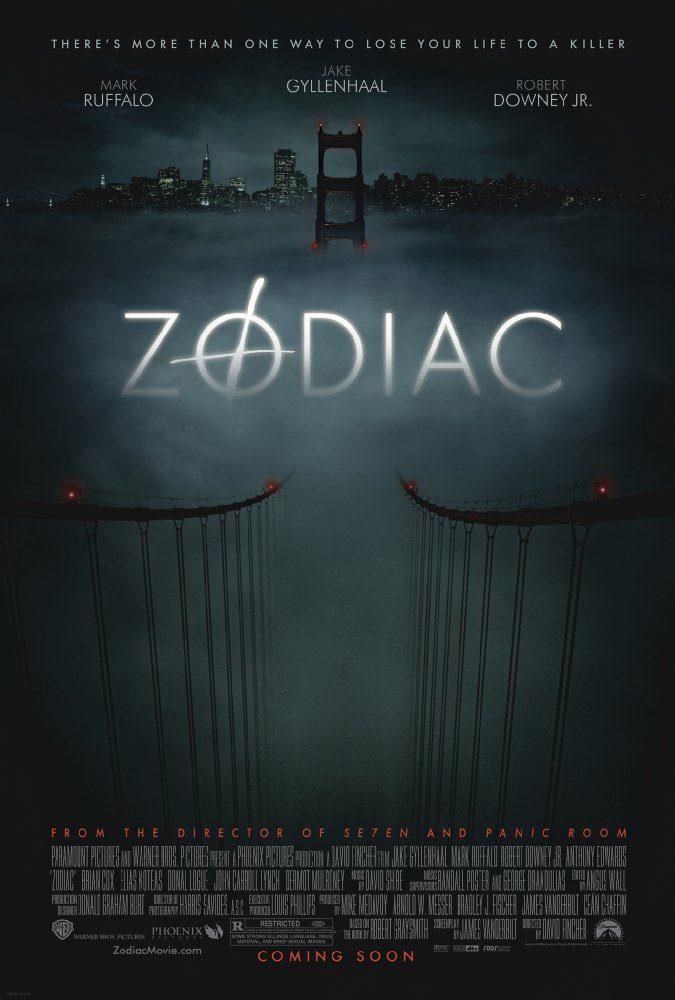 Director David Fincher has directed some truly great thriller stuff in his time. He did Se7en with Brad Pitt and organ Freeman as well as Panic Room and Fight Club. In between those you have other great films. How does he do it?

The actors in this film really make it special. You have Jake Gyllenhaal, Robert Downey Jr., & Mark Ruffalo. Regardless of plot, and this one is good, you should see the film for these three.

I love films about killers. It’s like a mystery genre. You put the pieces together and get the guy arrested. Sometimes it takes months and years but you hope for that resolution. There lies the problem for me. This killer was never caught. For that reason, I find the movies a little unsatisfying. It’s still worth seeing for historical reasons. The guy is a real evil asshole whoever he really was. As an aside, I hope the Snowman killer coming to theaters soon gets caught. Fingers crossed.